Home Wellspring
the strength of weakness
not getting to know you (sorry, Julie Andrews)

to know me is to love me

How many of you have ever played “truth or dare”?  (That might serve as a question for “truth”!)

Let’s first start with “dare.”  Depending on who you’re playing with, it might require setting some guidelines, such as not daring someone to do something illegal—well, at least not too illegal.  In addition, if members of the opposite sex are present, that also might require some guidelines!

Now, for “truth.”  When we played, anything was fair game.  Anything.  Someone might begin with “truth,” but after being forced to answer the question, from then on, the selection would be “dare.”  That might seem a little less risky.  You know, we don’t want to give out too much information.  Sometimes there’s a fear of exposure.  We don’t want a light shined on just anything!

There are other examples of not wanting to be known too well.

Sometimes it might involve a child, who upon discovering the door to the garage locked, decides to take a piece of wood and jam it into the lock, hoping the substitute key would do the trick.  It might involve the sister of the child being blamed for the misdeed and suffering the sanction of being spanked.  It might involve the guilty child finally coming clean well after the fact and suffering no retribution, since by that time it’s but a distant memory.  By then, it’s okay to be known too well.

Of course, that doesn’t sum it all up, but there is the basic thought of being known to an uncomfortable level.

In Beth Tanner’s The Psalms for Today, she states, “A psalm is a whole thought, even if it is lengthy.”[1]  So if we go along with that, Psalm 139 would be no different.

In fact, we can see that whole thought in a nutshell right in verse 1.  “O Lord, you have searched me and known me.”  Period.  Another version says, “Lord, you have examined me and you know me” (Revised English Bible).  The Hebrew word (חׇקַר, chaqar) for “search” can also mean “investigate” or “explore.”  The psalmist is saying, “Lord, you’ve done a pretty thorough job in taking inventory of me.  I think it’s safe to say: you know me, warts and all!”  The rest of the psalm is taken up with unpacking, or laying out, that verse.

There isn’t any one way to divide up the poem, but I’ll lay it out in unequal sections.

The first eighteen verses look at being known by the Lord in different ways.  The next four verses take a decidedly different turn.  We are treated to a startling searching and knowing of a vile nature (to say the very least).  The final two verses serve to encapsulate all that has gone before.  The psalmist finally makes a request of God, a plea of protection.

I won’t go through these in exhaustive detail; I’ll deal with them in a selective fashion.  And of course, I don’t have the final word on this!

Verses 2 to 4 deal with thoughts and words.  The poet says to God, “You know when I sit down and when I rise up; you discern my thoughts from far away.”  Even before speaking, “before a word is on my tongue,” Lord, you already know what I’m going to say! (vv. 2, 4).  There’s no point in playing the game, “Guess what number I’m thinking of.”

Verses 5 to 10 show the utter futility in trying to hide from the Lord: even if the psalmist “[takes] the wings of the morning and [settles] at the farthest limits of the sea” (v. 9).  If you remember the story of Jonah, the disobedient prophet, he was told to go to Nineveh and tell them to repent.  However, since Nineveh was an enemy of Israel, he wanted God to destroy them.  So he booked passage on a ship bound for Tarshish, at the other end of the Mediterranean, basically, the end of the world.  But God found him anyway. 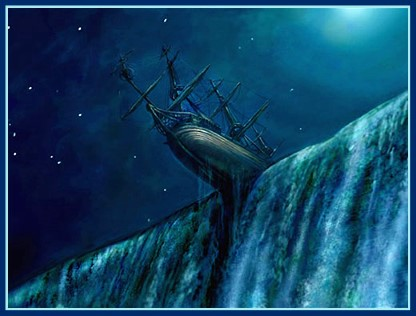 Please understand, we don’t have to see the poet being upset that the Lord’s knowledge is everywhere!

Then we come to verses 11 and 12.  Not even the darkness provides cover.  I imagine we can see this in different ways.  The psalmist could either be grateful or grieved that “the night is as bright as the day, for darkness is as light to [the Lord]” (v. 12).  We’re not sure about our writer’s intent; we need some light shed on the matter.  When we deny knowledge to someone, we indeed keep them in the dark.

Something these verses speak to is the matter of secrecy.  Secrets are tricky little boogers.  On the one hand, it’s definitely necessary to keep plenty of things secret.  Giving out too much information (like we saw earlier) can do tons of damage.  In addition, it can just be an annoyance.

On the other hand, secrets can be harmful, even deadly.  Secrets have a way of infiltrating themselves into systems: systems of family, of congregations, of the workplace, whatever.  There can be a dark secret, never exposed to the light, which can take up residence and thrive.  It can even pass from one generation to the next and continue down the line.

Still, darkness is not always bad.  Madeleine L’Engle wrote about this in her book The Irrational Season.  “When we deny our wholeness, when we repress part of ourselves, when we are afraid of our own darkness, then the dark turns against us, turns on us, becomes evil.  Just as the intellect when it is not informed by the heart becomes vicious, so the intuition, the subconscious, when it is forcibly held below the surface, becomes wild, and until we look at it and call it by name, our own name, it can devour us.”[2]

I’m reminded of Jesus in Mark 5 when he encountered a man possessed by unclean spirits.  Jesus asked for a name, and the reply was, “My name is Legion; for we are many” (v. 9).  Jesus rendered them powerless and the man was delivered from them.  They were no longer able to devour him.

Moving on, I said I wouldn’t go into great detail, so I’ll say about verses 13 to 16 that the psalmist is fascinated and celebrates being “wonderfully made” (v. 14).  Being known by the Lord to the very core of one’s being is an occasion for praise.  Verses 17 and 18 speak of the impossibility of fully grasping the mind of God.

And so, we come to verses 19 to 22, and all I can say is, “Here we go!”  The psalmist does an imitation of my dog when he shows his teeth.  At such times, he is not in a charitable mood.  It’s time for growling, much like the language we hear our friend using.

“O that you would kill the wicked, O God, and that the bloodthirsty would depart from me” (v. 19).  What on earth has happened to this psalm?  We’ve gone from acknowledging and celebrating the all-knowing and ever-present God to a call for vengeance to be exacted.

Eric Peels, Old Testament professor in the Netherlands, talks about it.  “Among the offensive passages from the Old Testament with prayers for the downfall of the adversaries [these verses are] unique.  Nowhere else is the hatred against enemies expressed so directly and wholeheartedly…  If Psalm 139 had ended with…verse 18 it would have been one of the most beautiful songs in the Book of Psalms.”[3]

(And just in case you were wondering, the lectionary reading does indeed end at verse 18!) 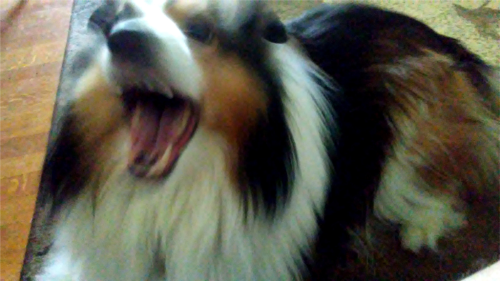 So what do we make of it?  What do we make of the abrupt transition to “I hate them with perfect hatred”? (v. 22).  In Hebrew, it’s literally “with complete hatred I hate them.”  Our friend Eric continues, “By hating God’s enemies the poet relates to God’s own hatred of the wicked and his curse on them.  By completely taking a stand for God the poet chooses a world of blessing and goodness, of truth and justice.”[4]

God’s enemies are my enemies.  True enough, but this isn’t about any actual feelings of fury, either on God’s or the psalmist’s part.  It’s about choosing a life of integrity or iniquity.

Having said that, there’s the danger of reversing the order into “my enemies are God’s enemies.”  (But that never happens, does it?)

So now we come to the end of the psalm.  Verses 23 and 24: “Search me, O God, and know my heart; test me and know my thoughts.  See if there is any wicked way in me, and lead me in the way everlasting.”  We’re back to “search me” and “know me,” but now it’s a request; it’s a plea.  As said before, our writer is taking all we’ve heard and putting it before the Lord.

Spare me from wickedness and all the madness that comes with it.  Something like, “Lead us not into temptation, but deliver us from evil.”  The psalmist is truly at peace with being known well by God.  It is life itself.  No matter what secrets the psalmist has, no matter what enemies, confidence in the love of God is boldly affirmed and cherished.

That’s true for us.  No matter what secrets we have, no matter what enemies we have, we have confidence in the love of God.  That love has especially been revealed through our Lord Jesus Christ and in the power of the Holy Spirit.  The all-knowing and ever-present God is love.  Without a doubt, we can say “to know God is to love God.”  That love is imparted to us, and so each of us can say “to know me is to love me.”

Wouldn’t that work well with either truth or dare?