Home Wellspring
glory everywhere
to know me is to love me

the strength of weakness

All of us, to one extent or another, are encouraged to downplay our weaknesses.  In a more positive light, they can be called “growing edges.”  (Banu has said by calling them “growing edges” we’re being more honest.  I don’t really mind calling them weaknesses, since I have plenty to choose from!)

In any event, sometimes there’s the temptation to focus on, and even to exaggerate our strengths and abilities in order to impress others and to make a name for ourselves.  We might even want to fool ourselves.

As you may or may not have guessed from our epistle reading in 2 Corinthians, the apostle Paul doesn’t like to operate that way, and for what it’s worth, he doesn’t shy away from speaking of his own “weaknesses.” 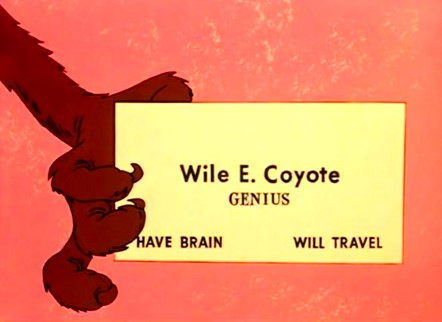 He starts the chapter by saying, “It is necessary to boast.”  But he quickly adds “nothing is to be gained by it” (v. 1).  Why does Paul say he has to boast?  He’s dealing with the Corinthian church, a group of people that are being wowed by preachers Paul sarcastically calls “super-apostles.”  They are superheroes in eloquence!  Unfortunately, some of the stuff they articulate so well is more focused on themselves than on the gospel.

Several times I’ve mentioned church consultant Peter Steinke.  In the epilogue of his book Congregational Leadership in Anxious Times, he talks about “people of the charm.”  It deals with narcissistic, self-centered qualities.  It’s about people who are charmers and those who want to be charmed.  He describes a charmer as one who “can thrive for years without realizing that the core of his or her life is empty and that beneath the narcissistic glitter is a false and an impaired self.”[1]

The charmer projects charisma, which in reality can be “a cheap substitute for charis, the [New Testament] word for grace.”  The charmer uses charisma “to control and manipulate other people…  In the circle of charm, there is no freedom.”[2]  But that’s okay, because as I said, they admire the charmer—they enjoy being put under the spell!

Steinke quotes someone who made a nice little pun.  He said such relationships are “gilt by association.”[3]

So getting back to Paul, when he says he’s forced to brag, for a moment he decides to play their game.  He has some credentials himself that aren’t too shabby.  He can be a show off with the best of them.  Seriously, how many of these characters can honestly claim they’ve had visions of being taken to heaven and hearing “things that are not to be told, that no mortal is permitted to repeat”? (v. 4).  Let them try to match that!

Still, despite his visions, he says there’s nothing to brag about.  There’s no reason to play the role of charmer.  If there is anything to brag about, it’s his weaknesses.  If that’s his focus, I don’t think the apostle’s LinkedIn account would be very impressive!  I’m not sure how well he would do interviewing for a job!

And just in case he’s tempted to draw attention to himself and “the exceptional character of the revelations,” he adds “a thorn was given me in the flesh, a messenger of Satan to torment me, to keep me from being too elated,” from getting too big for his britches (v. 7)!

No one really knows what he means by this “thorn in the flesh.”  Some have speculated it’s an illness.  In Galatians 4, he says, “You know that it was because of a physical infirmity that I first announced the gospel to you; though my condition put you to the test, you did not scorn or despise me” (vv. 13-14).  Another version says “you resisted any temptation to show scorn or disgust at my physical condition” (REB).  It seems like, for a while at least, Paul wasn’t very attractive.

The thorn could be something else Paul admits: he’s not a very good public speaker.  In chapter 11, he says, “I think that I am not in the least inferior to these super-apostles.  I may be untrained in speech, but not in knowledge” (vv. 5-6).  Eugene Peterson puts it like this: “if you put up with these big-shot ‘apostles,’ why can’t you put up with simple me?  I’m as good as they are.  It’s true that I don’t have their voice, haven’t mastered that smooth eloquence that impresses you so much.  But when I do open my mouth, I at least know what I’m talking about.”

Whatever the thorn in the flesh might be, Paul begs God three times to take it away.  But the response is, “My grace is sufficient for you, for power is made perfect in weakness” (v. 9).  Paul eventually accepts it.  And his conclusion?  “Therefore I am content with weaknesses, insults, hardships, persecutions, and calamities for the sake of Christ; for whenever I am weak, then I am strong” (v. 10).

The apostle discovers, and teaches, the strength of weakness.

On the face of it, “the strength of weakness” seems to be completely ridiculous.  It’s like saying, “as clear as mud.”  But Paul has learned from the vision he saw on the road to Damascus.  He has learned from the one who, as he says, “was crucified in weakness, but lives by the power of God” (2 Co 13:4).

There is indeed power in weakness.  When we’re able to admit our mistakes, to acknowledge our weaknesses, there is a sense of liberation.  When we’re freed from the compulsion to project a false front, to put on a show, to trust in our own achievements, we begin the journey of discovering who we truly are.

As Thomas Merton says in No Man is an Island, “If I do not know who I am, it is because I think I am the sort of person everyone around me wants to be.  Perhaps I have never asked myself whether I really wanted to become what everybody else seems to want to become.  Perhaps if I only realized that I do not admire what everyone seems to admire, I would really begin to live after all…”[4]

“Why do we have to spend our lives striving to be something that we would never want to be, if we only knew what we wanted?  Why do we waste our time doing things which, if we only stopped to think about them, are just the opposite of what we were made for?”[5]

The strength of weakness is daring to be who God created us to be.

We can speak of many things, but one of those qualities is being able to say goodbye to the past.  This is a challenge in many congregations.  One way this presents itself is in programs and activities.  These are things that, for a long time, have been a source of health and vitality.  But at some point, they outlive their usefulness.  Participation wanes, and they become something that is too inwardly-focused.  They no longer serve the gospel imperative to go forth into the world.

It’s up to ministers to respect proper pastoral boundaries.  And even though it can be tough for the congregations, they also have a role in doing it.

And being able to say goodbye applies in other areas, as well.  But identifying it as a growing edge, and working on it, is yet again a case of the strength of weakness.

As intentional interim pastors, saying goodbye is part of the job.  Saying goodbye really goes with saying hello, right at the beginning of the ministry.  Some people might not understand and think of it as a weakness.  But even if someone looks at it that way, it’s a weakness that, if honored and embraced, shows it’s a sign of strength.

Many of you have seen each other’s weaknesses.  It’s just a fact of life.  We can fall into the trap of defining people solely on that basis.  It’s like taking a photo of someone at their worst—or in their most embarrassing situation—and saying, “This is who they are, forever and ever!”  Still, if we are in Christ, we live as those who believe and expect renewal and resurrection.  In many ways, we keep on being raised from the dead.  And thinking of weaknesses, there’s nothing weaker than death!

To make it real, we have to love one another.  We must learn to love God in each other.  It’s not always easy, but if we do that, we draw out each other’s strength from weakness.

It’s been said about weaknesses that they “play a most important part in all our lives.  It is because of them that we need others and others need us.  We are not all weak in the same spots, and so we supplement and complete one another, each one making up in [him- or herself] for the lack in another.”[6] 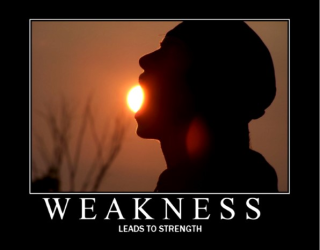 It’s not enough to embrace our weaknesses; we can do it and actually hold on to them.  We embrace our weaknesses—we own them, so to speak—but then turn them over to Christ.  We yield all of that stuff to the Lord.  And when we do, we are enabled to enter a new world, the upside-down world of Jesus in which when we are weak, we are strong.

That is the strength of weakness.

[1] Peter Steinke, Congregational Leadership in Anxious Times: Being Calm and Courageous No Matter What (Herndon, VA:  The Alban Institute, 2006), 169.