Home Wellspring
not getting to know you (sorry, Julie Andrews)
Qoheleth, the patriot

blest be the tie (with surgery, perhaps)

“Blest be the tie that binds / Our hearts in Christian love: / The fellowship of kindred minds / Is like to that above.”  That, of course, is the first line of a hymn beloved by many.  It’s been noted that the author, Rev. John Fawcett, penned the words after refusing to move from his small town parish in England to pastor a church in London.  The tears of love and grief from his parishioners compelled him to stay.[1]  That is fellowship in action.[2]

In the New Testament, “the fellowship of kindred minds” is marked by the Greek word κοινωνια (koinōnia).  Often translated as “fellowship” or “communion,” koinōnia literally means “partnership.”  It has to do with “sharing.”  Paul uses the word in Romans 15, where he praises the churches who’ve “been pleased to share (κοινωνιαν, koinōnian) their resources with the poor among the saints at Jerusalem” (v. 26).

Discussion of the letter to Philemon has frequently focused, not on fellowship, but on two other themes.  The first is the question of slavery.  From reading the epistle, we see that a slave named Onesimus has run away from (and possibly robbed) his master, Philemon.

It appears that Onesimus has somehow encountered Paul while the apostle is in prison.  It’s through that contact with Paul that the runaway slave has come to Christ.  Some people feel that Paul, by not demanding that Onesimus be freed, is going along with slavery.  Others say that Paul’s emphasis on him as “more than a slave, a beloved brother” shows that the apostle wants to undermine the practice of slavery.

That’s one theme.  Another has focused on why Paul would want Onesimus to be set free.  Paul admits, in verse 13, “I wanted to keep him with me” so that he could be of assistance.  And in verse 20, using a play on words, understanding that the name Onesimus (Ονησιμος) means “useful” or “beneficial,” he asks Philemon, “let me have this benefit (ονηαιμν, onaimēn) from you.”

Actually, Paul’s use of the word “love” in the letter is almost a play on words.  Philemon means “one who kisses” or “one who loves.”  The difference is that Paul is saying αγαπη (agape).  His friend’s name is based on φιλεω (phileō), another word for love.

So, back to the question of freeing his slave!  Paul doesn’t make any demands on Philemon.  Well, not exactly.  It seems that Paul has led both master and slave to Christ, as he reminds him in verse 19:  “I say nothing about your owing me even your own self.”  This is a great line!  Paul just happens to slip that in there.

In his paraphrase of the Bible, The Message, Eugene Peterson is less delicate.  “I don’t need to remind you, do I, that you owe your very life to me?”

In any event, it looks like he does as Paul asks.  For one thing, the early church probably wouldn’t have retained the letter and considered it to be scripture if Philemon had simply ignored it.  Also, history records in the early second century a bishop of Ephesus named Onesimus.[3]   It’s possible, if not probable, that this is the same former slave who went on to become a leader of the church in his own right. 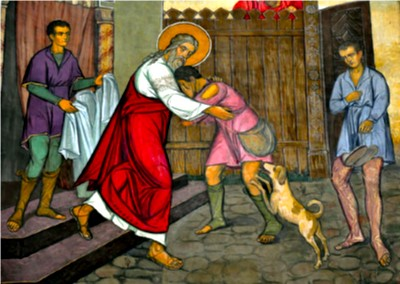 Paul is praying that the sharing of Philemon’s faith may become “effective.”  The NIV uses the word “active.”  The Greek term is ενεργης (energēs):  the source for our English word “energy.”  So Paul is praying that the sharing of his friend’s faith will be energized when he realizes all the good that is possible in Christ.  No one can accuse Paul of having modest expectations!

Notice, before he even gets into the whole business of Onesimus the slave and what he wants done with him, Paul presents Philemon with this grand vision of what could be, of what could happen.  Before he gets caught up in the details, Paul prays that his partner will see the many possibilities that await them in Christ.

The use of the word “partner” is deliberate.  In verse 17, he says, “So if you consider me your partner, welcome him as you would welcome me.”  Again, that’s the word koinōnia.

Eldon Koch comments on this.  “The slave also becomes a partner by virtue of the fellowship.  Both master and slave experience the mighty transforming power of the fellowship which is characterized by faith in Christ.  The slave lost his slavishness, and the master lost his despotism.  In Christ they are partners.”[4]  They enjoy koinōnia.

Still, it’s one thing to hear this and agree with it, but it’s quite another thing to actually put it into practice.  We might understand the need for trust and confidence in our relationships, the need for actual community to develop, but find it very difficult to see it accomplished.

Why would it be so complicated to enter into the koinōnia that we might see as so important?  Often, it’s a question of what we’ve experienced in life.

In November 1995, when my wife Banu and I were at seminary, I had surgery to remove a malignant brain tumor.  In March 1996, I had another seizure, which required another surgery.  The problem was a staph infection.  Upon returning home, I had an IV course of antibiotics that lasted for four weeks.

With two brain surgeries, CAT and MRI scans, radiation therapy, chemotherapy (which I had only recently begun), and the other medications, Banu and I were running up huge medical bills.  It didn’t take very long until our student health insurance was used up.  We signed up with the state medical assistance, which provided some help, but not nearly enough.

Here’s where the comment about what we’ve experienced in life enters in.  Banu and I received donations from people there at school, from our churches, and there were unexpected things.  Bags of groceries would be left at our door.  On a number of occasions, people and churches who we didn’t even know—and we had never heard of—sent us money. 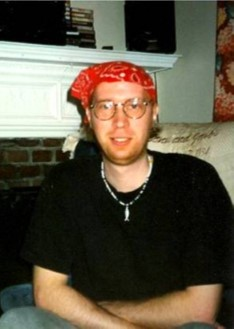 They were gifts from God.  In no way at all do I dismiss the help from the insurance company, the state welfare program, and our friends and family.  I definitely recognize them as God’s gift.  But there’s also no question that the support from strangers and anonymous sources provided, and still provides, a special sort of sharing.  It’s a unique kind of koinōnia.

Can we see that in Paul’s letter to Philemon?  It’s deeper than a request about a runaway slave.  As he says to him, “I have indeed received much joy and encouragement from your love, because the hearts of the saints have been refreshed through you, my brother” (v. 7).  He speaks of a love that shines beneath the surface of life, despite whatever chaos and crap that comes our way.  That is the tie that binds our hearts in Christian love.

Christian community is making ourselves vulnerable for this love to shine among us.  Koinōnia is not simply being nice or cute.  It’s a partnership that speaks the truth and invites and empowers others to do the same.  As Koch says, it goes beyond a generic, fuzzy love of everyone to “a powerful exercise of fellowship to demonstrate that love in particular cases,” such as Paul, who challenges his friend—and his friend, who defies custom to welcome his slave as a brother.[5]

Koinōnia is the tie that inspires us to say, “I pray that the sharing of your faith may become effective when you perceive all the good that we may do for Christ.”

[2] I’m including portions of my sermon “Koinōnia”