by this, we know love

Some of you may have heard this.  According to the Guinness Book of World Records, the shortest sermon ever preached was delivered by John Albrecht, an Episcopal priest in Michigan.  Apparently, he walked to the pulpit, paused for a moment, and then uttered a single word: “Love!”  He then sat down.  And, as the story goes, some of the church’s members claimed it was the best sermon he ever preached.[1]

Thinking about that one-word sermon, two possibilities come to mind.  The first one is here’s a guy who was definitely not prepared for Sunday morning!  The other possibility is here’s a guy who wanted to take being concise to a whole new level!  He picked a word super packed with meaning.  In fact, the word “love” is so full of meaning it’s almost impossible to define.

Haddaway, "What is Love?" gif

Ironically, because “love” is difficult to define, something else might be said about Rev. Albrecht’s one-word sermon: he picked an easy topic.  Some might suggest that one could offer any greeting card sentiment, any saccharine sweet emotional goo, when addressing the subject of love.  Fortunately, the epistle reading in 1 John 3 gives us some indicators to show what love is.

Near the end of the first century, the author (John the apostle or someone in his circle), deals with several issues, one of them being the question of love.  By this time, there increasingly is a belief that love is an inner, private matter.  That parallels a belief that salvation belongs to those possessing secret knowledge.

The Bible has a slightly different take.  Contrary to those who claim otherwise, and in harmony with the scriptural witness from the beginning, John describes love as something visible; it’s expressed with action.  Neither is it the private domain of some secret society.  That wasn’t the way of Jesus, the Good Shepherd.

Right before today’s scripture reading, verse 15 says, “All who hate a brother or sister are murderers.”  Contrast that with verse 16: “We know love by this, that he [speaking of Jesus] laid down his life for us—and we ought to lay down our lives for one another.”  That is the way of the Good Shepherd.  Love doesn’t take life.  If anything, it lays down its life.

That’s followed with a fairly detailed example.  “How does God’s love abide in anyone who has the world’s goods and sees a brother or sister in need and yet refuses help?” (v. 17).  John sums up his point in verse 18: “Little children, let us love, not in word or speech, but in truth and action.”  The Revised English Bible says, “love must not be a matter of theory or talk.

I’m from the South.  One of the cultural features of that part of the country is what’s been called “that southern hospitality.”  I suppose that means different things to different people.  One example might be the somewhat stereotypical request, “Come along over here.  How about a coool glass of lemonade, or should I get y’all some sweet tea?”  That reflects the slower pace of life in the old South.  Of course, as people from other parts of the US have migrated to the South—as well as people from around the world—that slower pace has speeded up a bit.  (But sweet tea is served in almost every restaurant we went to!) 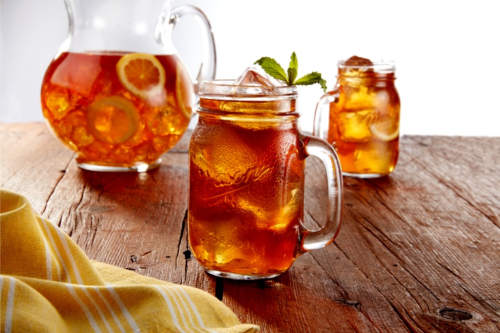 Still, amazingly enough, hospitality wasn’t invented in the American South!  There is a very long tradition of hospitality in the church.  It’s the source of our word “hospital.”  Hospitality even precedes the church.  For example, the ancient Middle East insisted on the duties of a host.

I mention the subject of hospitality because it’s a perfect expression of the love described in our epistle reading.  Hospitality, much more than making sure we’ve offered our guests coffee or tea, is a deeply spiritual reality.  And as our country becomes less hospitable, it’s all the more noticeable by its absence.  At its heart, hospitality is about welcoming the stranger.

My wife and I are Benedictine oblates.  (Very quickly as a side note: those are people who read and live by the Rule of Benedict and who have a relationship with a particular Benedictine community.  Of course, there’s more to it.)

When we lived in Jamestown, we made frequent visits to the Benedictine monastery in Erie.  We were introduced to the Rule of Benedict, a document from the sixth century which provides insights for life together.  Chapter 53 of the Rule begins, “All guests who present themselves are to be welcomed as Christ, who said: ‘I was a stranger and you welcomed me (Mt 25:35).’”

Speaking of Benedictines, there’s a Benedictine monastery in eastern New York, not far from Poughkeepsie.  One of its residents, Brother Victor-Antoine d’Avila-Latourrette, tells this story in his book Blessings of the Daily:[2]

“A few years ago, I was awakened in the middle of the night by two women, mother and daughter, crying by the window.  I got dressed and descended the stairs to open the doors.  When we had a chance to sit down, the mother explained that they desperately needed a place for the night.  She explained that her present husband usually got drunk after work on Fridays and then would return home to abuse her daughter.  This was a Friday night and he had called, already drunk, saying he was on his way home.  Fearful of what might again happen, she got her daughter into the car and drove with her to the monastery.  She had never been here before, so I asked her why she chose to come here instead of going elsewhere.  She answered, ‘I read about you in the newspaper, and I knew that if I came here I would not be turned away.’ 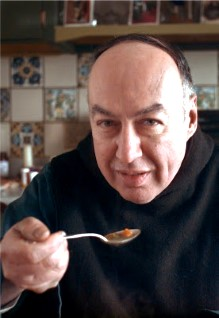 “After making sure they were all right, I led them into our small guesthouse and quickly prepared their beds.  They were safe for the night.  Unfortunately, there was no more I could do except to pray for them.  The following morning, after breakfast, I suggested that we call social services and seek the advice of a social worker.  After making an appointment to see the social worker, they left and I never heard from them again.

“People like these are no different from some of the guests and pilgrims who, for reasons of their own, request to partake of our monastic hospitality.  The important thing, however, is not their diverse motives but that during the short time they spend here they come to experience something of the peace of God—the peace that everyone seeks, even when not aware of it.”

We have that opportunity here.  We have the opportunity to welcome the stranger, to extend the peace of God.  And I’m not just talking about welcoming people into our worship services.  And by the way, welcoming means more than just saying, “How are you doing?”

Still, I’m thinking of other ways we can extend hospitality.  Life is, after all, an endless series of hellos and goodbyes.  Every time we encounter someone, there’s the invitation to welcome them as Christ.

I’ll admit, I’m not terribly fond of rude, ungrateful people, but the goal is to receive them as Christ.  No matter who is standing in front of us, the point is to remember that it’s Christ we’re serving.  It might also help to remember when we ourselves have been rude and ungrateful!

Certainly love requires patience with each other, bearing with each other’s faults.  Within ourselves, this is a near impossible task.  We need help.

Franciscan priest Richard Rohr talks about this.[3]  “God is always bigger than you imagined or expected or even hoped.  When you see people going to church and becoming smaller instead of larger, you have every reason to question whether the practices or sermons or sacraments or liturgies are opening them to an authentic God experience.

“On a practical level such experiences will feel like a new freedom to love, and you wonder where it comes from…  Clearly, you are participating in a Love that’s being given to you.  You are not creating this.  You are not generating this.  It is being generated through you and in you and for you.”

As I draw near my conclusion, there’s a paradox of love I want to mention.  It’s this: love is, by its very nature, voluntary—it can’t be coerced.  Yet at the same time, failure to love isn’t an option!  Our scripture says the Lord commands us to “love one another” (v. 23).  Without love, the very fabric of human social existence falls apart.  The power of force, the power of law, isn’t sufficient to hold us all together.  Love has its own ways of being an enforcer. 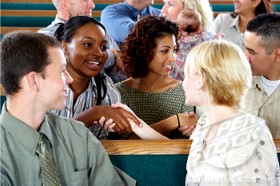