Home Wellspring
why this is Maundy Thursday
by this, we know love

The Lord “will destroy on this mountain the shroud that is cast over all peoples, the sheet that is spread over all nations; he will swallow up death forever” (vv. 7-8a).  I sometimes use that scripture from Isaiah 25 in funeral services.  I just love that imagery.  The Lord will rip the shroud of doom and despair off and tear it into little pieces.  (Or maybe it can be reworked and turned into fine clothing!) 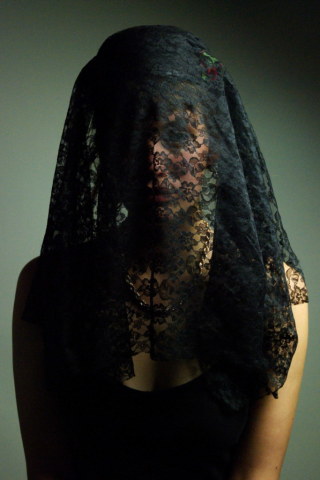 That picture of death and life is so fitting for today—that is, this very day and also these days.

We can compare that shroud to the funeral pall which is often placed on coffins.  On a side note, our Book of Common Worship says this about funerals, “When the body is present, the coffin should be closed before the service begins.  It may be covered with a white funeral pall.”[1]  That’s in the section called, “The Funeral: A Service of Witness to the Resurrection.”  For a Christian, oddly (or appropriately) enough, the ultimate focus isn’t on the departed, but on the risen One.  That’s the theology behind it.

And isn’t that the story of Easter itself?  It’s no longer the departed, but the resurrected.

Still, we need to back up.  We can’t have all of that shredding of shrouds without knowing where the deathly despair came from in the first place.  At the start of the chapter, the prophet is praising the Lord, saying, “you have made the city a heap, the fortified city a ruin; the palace of aliens is a city no more, it will never be rebuilt” (v. 2).  The Lord has come to their rescue.  The city symbolizing their enemies has been destroyed.  Throughout so much of the Old Testament, that city is Babylon.

In its day, Babylon was a true superpower.  It was unparalleled in economic and military might.  It was the icon of beauty.  It was the envy of all people, both near and far.  It was the city.  Reflecting on its collapse, one writer puts it this way: “The World Capital Falls.”[2]  Throughout history, many world capitals have risen and fallen. 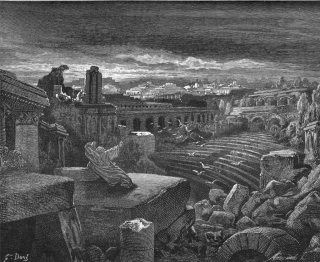 The tide turns in dramatic fashion.  Now “strong peoples will glorify [God]; cities of ruthless nations will fear [the Lord]” (v. 3).  Eugene Peterson puts it this way in The Message: “Superpowers will see it and honor you, brutal oppressors bow in worshipful reverence.”  The Lord has protected the poor from rain of tempest and reign of terror.

The scales are balanced, and all nations are invited to the mountain of God.  A dinner bell like none other is being rung.  Everyone receives the RSVP to the banquet of the ages.  Again, Peterson: “A feast of the finest foods, a feast with vintage wines, a feast of seven courses, a feast lavish with gourmet desserts” (v. 6).

And then, there’s the main event.  The shroud, the sheet, the veil that has blanketed the world with devastation and desolation is torn away.  Tears of anguish and agony are wiped away.  Death is forever defeated.  It is time for resurrection.  It’s time to remove the shroud.

Remember Jesus with Lazarus.  Jesus summons him to come out of the cave which is his tomb.  Amid the gasping of onlookers, Jesus directs them to the grave clothes of Lazarus.  He tells them, “Unbind him, and let him go” (Jn 11:44).  Remove the shroud.

Can we think of ways in which nations and populations today exist under that sheet, that blanket of gloom and darkness?  Can we think of veils that need to be removed?

How about we as individuals?  Can we imagine our own coverings, our own curtains that need to be pulled?

I asked Banu if she had a death shroud which needed to be removed.  She didn’t take very long in answering.  She said it was her need to control.  I wondered how that could be called death for her.  Her response was, “It raises my blood pressure!”  There are several layers of meaning in that!

What about me?  What death shroud do I need to have removed?  Probably quite a few!  One thing I definitely can put my finger on is my tendency to too often be indecisive.  I need more facts; I need to explore more avenues to follow.  It really can be a shroud, a veil, something that obscures.

I tell you, I know how to overcome it; although, I’m not sure how to proceed!

Half-joking aside, we can see the shroud, the veil covering the nations, as something that blinds faith.  It prevents us from seeing through the eyes of faith.  When we look upon our world, seeing through the eyes of faith doesn’t seem to make sense.  It seems like we’re believing in fairy tales.  We’re not dealing with the hard facts of the day.  And this resurrection business: it’s just a load of hogwash.  When someone or something is dead, it’s just dead.  Case closed. 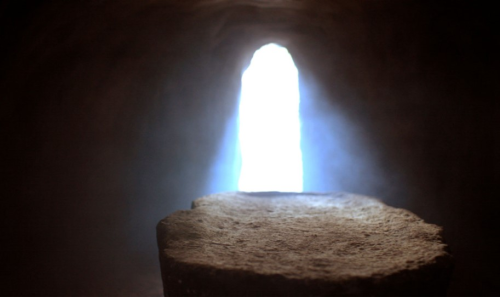 So we come to chapter 15 of his first letter to the Corinthians—the chapter on resurrection.  He issues a reminder to them.  And here it is.  “I would remind you, brothers and sisters, of the good news that I proclaimed to you, which you in turn received, in which also you stand, through which also you are being saved, if you hold firmly to the message that I proclaimed to you—unless you have come to believe in vain” (vv. 1-2).

They, and we, can be blinded by faltering faith.

Now, having said that, Paul reminds the church how they stand in the gospel, in the good news.

When we are standing, when we take our stand, we have a firm foundation.  We rely on the one who, as we saw earlier, protects in the midst of “rain of tempest and reign of terror.”

What is the promise in which they stand?  Paul hands on what he has received, “that Christ died for our sins in accordance with the scriptures, and that he was buried, and that he was raised on the third day in accordance with the scriptures” (vv. 4-5).  That is the gospel in miniature, the gospel in a nutshell.  He is encouraging them in a faith that brings light, that opens eyes, that removes the veil.

What is the death shroud the apostle needs to remove?  He doesn’t say it in so many words, but he does point out his need for self-effacement, his need to move past self-promotion.  And he seems to take that pretty seriously, because he refers to himself as “the least of the apostles, unfit to be called an apostle” (v. 9).

It’s really important for him to acknowledge his past, to not look for excuses or say someone else made him do it.  Paul admits he went ballistic in tormenting the church.  He “was ravaging the church by entering house after house; dragging off both men and women, [committing] them to prison” (Ac 8:3).  He was “breathing threats and murder against the disciples of the Lord” (9:1).

He was on his way to Damascus to nab some more disciples on that fateful day when a light from heaven changed his life.  That light took away his vision for three days.  When the disciple Ananias prayed for him, the shroud was lifted.  Paul had been blind—blind in so many ways.

At the beginning, I mentioned the picture of death and life and how it’s fitting for today.  In many ways, we as a culture worship death.  We ignore calls for justice; we pollute God’s good creation; we choose war over peace; we hold grudges, choking the life we could share; we fail to give those struggling with their demons the good news that they are forgiven—they are forgiven by God, through Jesus Christ.  I’ll grant you, that’s not the most affirming laundry list we could come up with!

In the life of faith, the shroud of gloom and doom and death is lifted.  In his vision, Isaiah powerfully speaks of how it covers the whole earth, that is, until God rips it apart!  We think of how we as individuals fit in.  The apostle Paul demonstrates his own life from death. 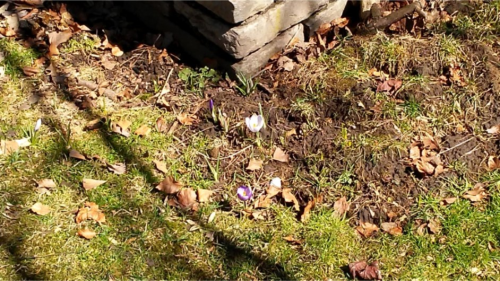 Then there is the crowning glory of Easter, its very meaning: the shroud of death which no longer binds Jesus.  The light of Easter chases away the darkness, and we are called to be Easter people.  Our prayer is, “Remove the shroud.”  So I ask again, what coverings, what death shrouds, do we need removed?  With the power of the resurrection, the deathless one, Jesus the Messiah, yanks that sucker off.