denying the best within us

Everyone’s heard the saying about “biting off more than we can chew.”  Well, in John 18, we see the result of it.  This is the passage in which Jesus is arrested, and Peter denies him.  In fact, Peter is quite adamant in declaring he has no connection with Jesus.  “Wait.  Jesus who?  Can’t say the name rings a bell.”

The part about Peter’s biting off more than he can chew happens earlier, in chapter 13.  It comes after Jesus washes the disciples’ feet and after the meal which has come to be known as the Last Supper.  Peter boldly says to Jesus, “I will lay down my life for you” (v. 37).  That is some pretty big talk!

Jesus doesn’t seem to be impressed.  He comes back at Peter, “Will you lay down your life for me?  Very truly, I tell you, before the cock crows, you will have denied me three times” (v. 38).  Peter, you’ve done the easy part; you’ve done the talking.  But before sunrise, before the rooster crows, three different times you will claim you don’t even know me!

Tragically, as we see in chapter 18, the prediction of Jesus comes true.

What about Peter’s big talk—that he will lay down his life for Jesus?  In one of the ironic twists of history, Peter does indeed lay down his life for Jesus.  Tradition holds that Peter is crucified by the Romans (in the year 63 or 64), but they do grant him a last request.  He wishes to be put to death on an upside-down cross, because he feels unworthy of being crucified in the same manner as his Lord.

(Satanists have stolen the upside-down cross and claimed it as their own, but it’s still a Christian cross!) 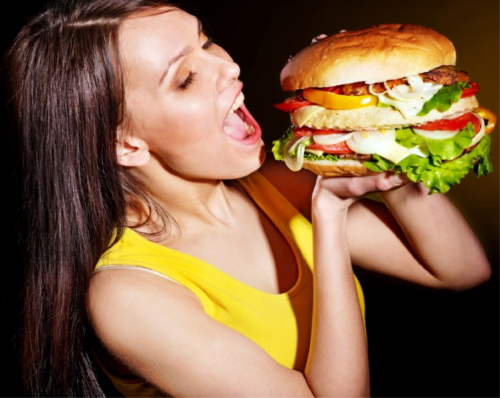 So maybe we should revisit that comment about Peter’s biting off more than he can chew.  Sadly, he winds up choking on it!

The subject matter he deals with is pretty grim, but John is a wonderful story teller.  I like the way he throws in little details.  A good example is when Peter is lying and saying he is not a disciple of Jesus.

A woman at the gate of the high priest’s courtyard is questioning him.  “You are not also one of this man’s disciples, are you?” (v. 17).  As we’ve seen, Peter says, “No way!  You’ve got the wrong guy.”  Here’s a nice detail: “Now the slaves and the police had made a charcoal fire because it was cold, and they were standing around it and warming themselves.  Peter also was standing with them and warming himself” (v. 18).

Why add the bit about the charcoal fire?  What’s the point?

It does add color.  It invokes the senses.  Can you smell the smoke of the burning coals?  Can you feel the chill of the pre-dawn cold as Peter huddles with the others to gain warmth?

Lutheran bishop Craig Satterlee talks about Peter joining “the very ones who came to the garden to seize Jesus as they warm themselves around a charcoal fire.”  He compares him to “the junior high kid who abandons a buddy to hang with the cool kids.”  He is the “bystander who does not intervene to oppose abuse because to do so is just too dangerous.”[1]

At various times, I’ve had dreams in which somebody is being picked on or someone is being mean to an animal, and I haven’t stepped in.  I haven’t said anything.

I’ve heard that when we dream, we do so in order to learn, to practice different scenarios.  We see what happens when we do or don’t do something.  So maybe I’m learning some lessons!

Fortunately for Peter, he will find himself once again standing next to a charcoal fire.  They’re on the beach, cooking fish for breakfast.  This is after Jesus has been resurrected.  He asks Peter three times, once for each denial, “Do you love me?” (21:9, 15-17).  John makes sure to include this act of restoration, because it is such a powerful part of the story.

I’ll ask again, have we ever been in Peter’s place?  Have we ever experienced the overwhelming, humbling, and heart wrenching moment of being forgiven by someone we have betrayed? 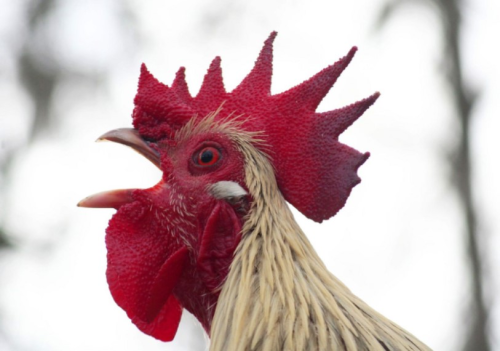 Have we ever been in Jesus’ place?  Have we ever granted to someone the awesome grace of forgiveness?

If we follow this particular thread of the story of Jesus and Peter into the book of Acts, we see something marvelous.  Along with John, Peter is teaching the people about Jesus, and “the priests, the captain of the temple, and the Sadducees” are upset about it, and they have them arrested (4:1-3).  The leadership is interrogating them, and we have this remarkable comment: “Now when they saw the boldness of Peter and John and realized that they were uneducated and ordinary men, they were amazed and recognized them as companions of Jesus” (v. 13).

Companions of Jesus.  After being filled with the Spirit of Christ, there’s no way in the world Peter is denying that anymore!  He now has a true knowledge, a holy boldness.

A few years ago, the lead singer for the rock group U2, Bono, did an interview in which he talked about the difference between karma and grace.[2]  He said that “at the center of all religions is the idea of Karma.  You know, what you put out comes back to you: an eye for an eye, a tooth for a tooth, or in physics; in physical laws every action is met by an equal or an opposite one.  It’s clear to me that Karma is at the very heart of the universe.  I’m absolutely sure of it.  [I’m not so sure of it, but I still like what he has to say!]  And yet, along comes this idea called Grace to upend all that ‘as you reap, so you will sow’ stuff.  Grace defies reason and logic.  Love interrupts, if you like, the consequences of your actions, which in my case is very good news indeed, because I’ve done a lot of stupid stuff…

“I’d be in big trouble if Karma was going to finally be my judge.  I’d be in deep s___.  It doesn’t excuse my mistakes, but I’m holding out for Grace.  I’m holding out that Jesus took my sins onto the Cross, because I know who I am, and I hope I don’t have to depend on my own religiosity.” 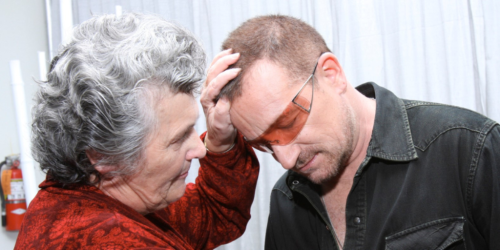 Joan Chittister comments on a chapter in the sixth-century Rule of Benedict that deals with “serious faults.”[3]

“Each of us is capable of betraying the best in us.  We cut corners in the office, we stop cleaning the house, we let the study and the reading and the praying go.  We sit around in life letting the juice turn black in us.  We let the family down.  We let the business slide.  We let our minds and souls go to straw.  We fight the call to growth and goodness with everything in us.  We let the world carry us instead of carrying our part of the world.”

Chittister continues, “The problem, of course, is that a human being needs help to be a human being.  At our worst we seek the solace of another’s hand.”[4]

When the cock crows, Peter wonders, “What have I done?”  This is the very thing he swore he would never do.  He is gripped by intense remorse.  He can’t believe he has done such a thing.  This is Peter at his worst.  And yet, soon the time will come when Jesus offers him his hand.  He sets that as an example for us.

We need not sit around in life letting the divine juice spoil and turn black in us.  Our very best self is being transformed into Christ-likeness.  We need to seek it and hold on to it, because that is where we find life.

By the grace of God, we do not deny, but we express the best within us.