Home Wellspring
fasting just in time for Advent
the desert

When I was at seminary, I took a worship class taught by one of the two Presbyterian professors at our American Baptist school.  Well, there was one other Presbyterian who came in from time to time and taught polity.  This was Banu’s pastor at the congregation where she did field education. 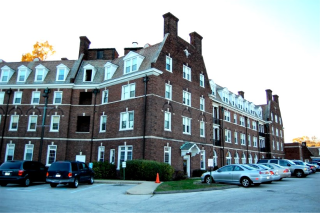 Banu and I lived on the top floor in the front corner apartment.

In our class, when we got to the subject of Advent, besides discussing the Lord’s first advent as the baby of Bethlehem, we dealt with possibly the more meaningful aspect of Advent: the Lord’s second advent, the second coming of Christ, in power and glory.  “Soon and very soon, we are going to see the King!”

It was pointed out that during the season of Advent, this is especially the time of year when we focus on our Lord’s return.  I made a comment about that.  I said when I was in the Assemblies of God, the return of our Lord and Savior Jesus Christ was almost a weekly theme!  It was mentioned almost every Sunday.

We Presbyterians, along with so many others who observe the liturgical year, can (and do) fail to give the proper attention to the Lord’s return, however we envision the return.  We can fail to join with St. Paul as he joyfully proclaims at the end of 1 Corinthians, “Maranatha” (16:22).  “The Lord is coming,” or it can also mean, “Lord, come!”

This talk of Jesus Christ coming again makes some people nervous.  And considering the gospel reading for today (Mark 13:24-37), that’s understandable.  Hearing stuff like, “Beware, keep alert; for you do not know when the time will come,” might be enough to give anyone pause, to put it lightly (v. 33).  “And what I say to you I say to all: Keep awake” (v. 37).  The eyes of your heart will get drowsy, so throw some spiritual cold water on yourself! 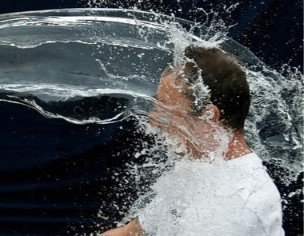 But that need not be seen as a dire warning.  It is a reminder that something wonderful is about to happen.  Stay awake, or we’ll miss out.  It will be—and is—right before our eyes.  Can we see it?

That upbeat message seems to be on Paul’s mind as we begin today’s epistle reading.  “Grace to you and peace from God our Father and the Lord Jesus Christ” (v. 3).  Wishing someone grace and peace is not a typical greeting if you’re about to deliver bad news!  That would be a sneaky way to set them up before lowering the boom.  Later on, he does address the numerous problems among them, but not yet.

Then he follows with another joyful declaration (v. 4).  “I give thanks to my God always for you.”  Why is he so thankful?  “[B]ecause of the grace of God that has been given you in Christ Jesus.”  He’s about to burst with gratitude.  They’ve been given blessings galore: “in every way you have been enriched in him, in speech and knowledge of every kind” (v. 5).  Speech and knowledge of every kind.  He’s definitely not soft pedaling it.

Do they see it?  Do they recognize it?  Sometimes it can be hard to understand what someone else sees in you.

As for myself, I used to be afraid of public speaking.  I would become visibly nervous, even terrified.  My chest would tighten up; I would forget to breathe!  But my Assemblies of God pastor apparently saw something in me.  He invited me to preach several times, and I struggled through it.  To be honest, sometimes I still get a bit nervous.

“Speech and knowledge of every kind.”

The apostle gives thanks for them.  The word for “give thanks” is ευχαριστεω (eucharisteō), and with a slight variation, “thanksgiving.”  It’s where we get our word, “Eucharist.”  It comes directly from the New Testament, where it’s used over 50 times.  We will act it out momentarily at the table, with a sacrament called “thanks.”  Thank you! 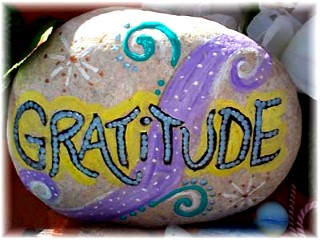 Paul says, “the testimony of Christ has been strengthened among you” (v. 6).  They are increasingly bearing witness to Christ; Christ is increasingly bearing witness through them.  They are receiving gifts from the Holy Spirit, some of which we might call supernatural and others we might call abilities.  Whatever the case, they are intended for service to others, not for display.

This is happening as they “wait of the revealing of our Lord Jesus Christ” (v. 7).  The word for “revealing” is αποκαλυψις (apocalypsis), “uncovering,” “revelation.”  And yes, that’s the same word for the book of Revelation.  That word also appears numerous times in the New Testament.

Beginning in the 90s, a movement called the emerging, or emergent, church started taking shape.  Some see a difference in those terms; others do not.  I won’t go into great detail.  Suffice it to say it’s one expression of the church as we have moved into the 21st century and attempting to address its changing realities and philosophies.  It wants to recapture the ancient and embrace the future.  Examples would be using Jesus as a model for living and not simply an object for worship, inviting questions and not simply providing answers, and promoting peacemaking rather than relying on power.  Again, that’s a very quick thumbnail sketch.

It’s one expression of a new reformation, 500 years after the first one.  It represents a revolution, not only of church and denominational structures, but of consciousness itself.

When we were in Jamestown, a leader in the emerging church from London was in the United States.  He was invited to come and speak to us.  During the discussion, I made the observation that the emerging church movement was part of the Holy Spirit’s being poured out on all flesh, on all of humanity.  In Acts 2, St. Peter speaks of that on the day of Pentecost; he’s quoting the prophet Joel.  The outpouring of the Spirit is very definitely a key theme of the Assemblies of God, who I mentioned earlier.

But the speaker dismissed my comment, which I found extremely puzzling.  I wondered how he could fail to see the outpouring of the Spirit at work in all these changes in the church, changes he himself was espousing.  Still, I felt like he was accomplishing some great things.  And it’s entirely possible he didn’t catch what I was trying to say. 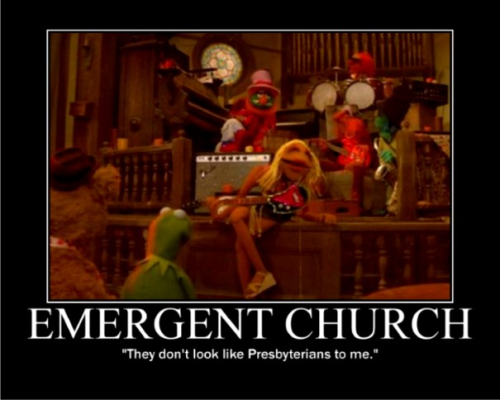 That particular fellow aside, we can see “the revealing, the ‘return’ of the Lord as the consummation of the Spirit being poured out on all “flesh,” on all of humanity.  It’s the final act, the crème de la crème, the end of the world as we know it—but in a good and wonderful way.  But we’re not there yet.  The Spirit is continuously being poured out on we frail and beloved humans.

And that has remarkable meaning.

In 1906, the revival at Azusa Street in Los Angeles began.  The leader was a minister named William Joseph Seymour.  Out of this revival, the Assemblies of God and other Pentecostal movements had their birth.  Those early Pentecostals firmly embraced pacifism.  (They were like the Quakers.)  When the US entered World War 1, their commitment was put to the test.  It’s never easy to be a pacifist, especially in America.  As the years went by, the commitment waned.  People become accommodated to the culture at large, and besides, no one likes being thought of as a traitor! 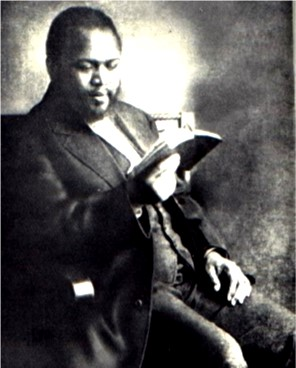 And of course, they understood: women and men are equal.  How could the Spirit of God work otherwise?  Here’s a quote from Rev. Seymour: “We have no right to lay a straw in [a woman’s] way, but to be men of holiness, purity and virtue, to hold up the standard and encourage the woman in her work, and God will honor and bless us as never before.  It is the same Holy Spirit in the woman as in the man.”[1]  As the 20th century rolled along, even that vision started getting foggy.

Certainly, the Assemblies of God aren’t the only ones to waver.  We also have a handle on that!  But the apostle Paul assures his beloved friends in Corinth, and us, “[God] will…strengthen you to the end, so that you may be blameless on the day of our Lord Jesus Christ” (v. 8).

That does sound pretty stern.  But it’s not unlike what we saw earlier on the Advent of Jesus in the gospel of Mark.  Beware, keep alert.  Keep awake.

I like the song written by Curtis Mayfield in the 1960s, which was inspired by King’s “I Have a Dream” speech and the gospel tradition: “People Get Ready.”  It’s been recorded by many artists since then (including Rod Stewart on vocals and Jeff Beck on guitar, and also, Ziggy Marley)!

“People, get ready / There’s a train a-coming / You don’t need no baggage / You just get on board / All you need is faith / To hear the diesels humming / Don’t need no ticket / You just thank the Lord.” 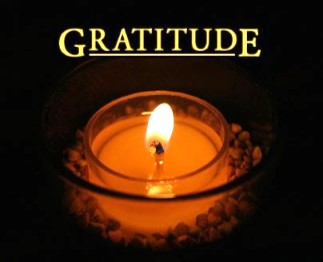 The advent of Jesus Christ, the apocalypsis of Christ, is a revelation of gratitude.  Advent is meant to be a time of taking stock of our lives, not getting lost in the dizzying distractions pulling at us with promises of great deals on Christmas presents.  When we open our hearts in loving gratitude, we find “God is faithful; by him you were called into the fellowship of his Son, Jesus Christ our Lord” (v. 9).

Maranatha.  The Lord is coming.  We wait for you, Lord, with thanksgiving.