Home Wellspring
the desert
God, are you with us? 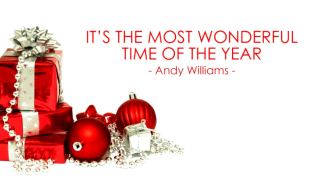 We are currently in the midst of those days that our friend Andy referred to as “the most wonderful time of the year.”  However, I don’t think he was singing about Advent.  And I’m quite certain that the last thing those commercials want to encourage is a sense of awareness, a sense of expectancy, a sense of watchfulness.  No, those commercials want us to sleepwalk through the stores—or maybe fight our way through the stores—and buy everything in sight.

A line from the song I find especially interesting is, “And everyone telling you ‘Be of good cheer.’”  It sounds like a state of being that can be commanded.  Just flip a switch, and lo and behold, you’re cheerful!  I order you to be happy.

Today’s epistle reading begins, “Rejoice always” (v. 16).  It might be argued St. Paul is doing the same thing.  Even if you’re sick as a dog—even if your heart is heavy—even if you’re dying from embarrassment and want to hide from the world, let’s put a smile on that face!

The passage comes at the end of 1 Thessalonians.  It is a series of final instructions.  “Rejoice always” is followed by Paul’s direction to “pray without ceasing, [and to] give thanks in all circumstances; for this is the will of God in Christ Jesus for you” (vv. 17-18). 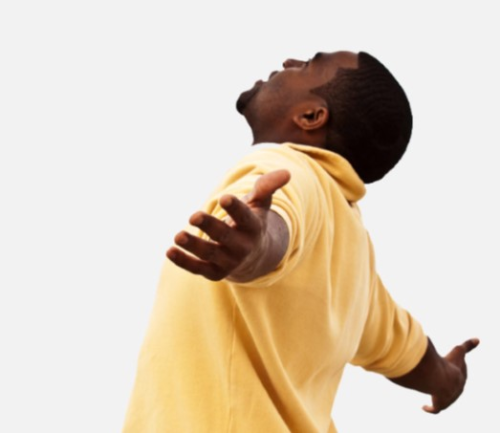 Always rejoice; always pray; always give thanks.  Just like that!  Some might say the apostle is being dismissive of people’s everyday reality.

If it is a matter of emotion, following the example of our song, being “of good cheer” in “the hap- happiest season of all,” then maybe he is being dismissive.  Maybe he is emotionally tone deaf.  And maybe we also do that, if we (ever so slightly) criticize people for having certain feelings—feelings we don’t think they should have, or we don’t want to deal with.

But I think there’s more to it than that.  I don’t think the apostle Paul is quite that shallow.

I’ll start by asking, “What does it mean to rejoice?”  Are we simply talking about an emotion?  Are we talking about a matter of feeling good, even feeling wonderful?  It’s safe to say rejoicing includes feelings, but we can’t ignore how verse 18 ends.  After telling the Thessalonians to always rejoice, always pray, and always give thanks, Paul adds “for this is the will of God in Christ Jesus for you.”  He doesn’t leave it at the level of emotion.  There’s something more.

Eugene Peterson, who I’ve mentioned before, is a retired Presbyterian minister who has written tons of books and has produced the paraphrase of the Bible called The Message.  He tells a story of joy (some would say, the lack thereof), during a worship service at a church he was visiting.[1]

He begins, “There was a couple in front of us with two bratty kids.  Two pews behind us there was another couple with their two bratty kids making a lot of noise.  This is mostly an older congregation.  So these people are set in their ways.  Their kids have been gone a long time.  And so it wasn’t a very nice service; it was just not very good worship.  But afterwards I saw half a dozen of these elderly people come up and put their arms around the mother, touch the kids, sympathize with her.  They could have been irritated.

“Now why do people go to a church like that when they can go to a church that has a nursery, is air conditioned, and all the rest?  Well, because they’re Lutherans.  They don’t mind being miserable!  Norwegian Lutherans!”

He continues, “And this same church recently welcomed a young woman with a baby and a three-year-old boy.  The children were baptized a few weeks ago.  But there was no man with her.  [She has] never married; each of the kids has a different father.  She shows up at church and wants her children baptized.  She’s a Christian and wants to follow in the Christian way.  So a couple from the church acted as godparents.  Now there are three or four couples in the church who every Sunday try to get together with her.

“Now, where is the ‘joy’ in that church?  These are dour Norwegians!  But there’s a lot of joy.  There’s an abundant life going, but it’s not abundant in the way a non-Christian would think.  I think there’s a lot more going on in churches like this; they’re just totally anticultural.  They’re full of joy and faithfulness and obedience and care.  But you sure wouldn’t know it by reading the literature of church growth.”

We’re dealing with stuff that has real depth; it isn’t superficial or trivial.  Paul’s injunction to “pray without ceasing” is in the same category.

One of the hallmarks of Reformed theology is that life is to be led coram Deo.  In Latin, that means “before God.”  It speaks to the awareness of being in the presence of God—of being before the face of God.  As R. C. Sproul says, “To live all of life coram Deo is to live a life of integrity.  It is a life of wholeness that finds its unity and coherency in the majesty of God.”[2]

That is a life of praying without ceasing.  It’s not a question of repeatedly saying or thinking prayers.  When I went to the Assemblies of God college in Florida, I knew a guy who it seemed finished every other sentence by murmuring, “Praise God.”  Maybe that was how he interpreted “praying without ceasing.”  I thought there was something wrong with him mentally. 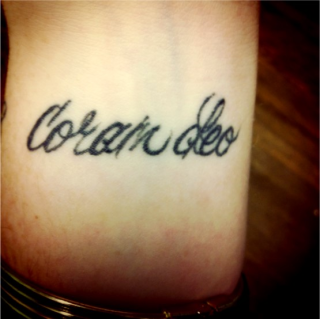 A fourth-century hermit, one of the desert Christians, used to say, “Ceaseless prayer soon heals the mind.”[3]  Far from being the sign of a nervous tic, a twitch, praying without ceasing brings life and health.  It opens one up to a life of gratitude, which is third on Paul’s list.

He continues in rapid-fire succession with his instructions, which I’ll briefly skim.  Verse 19 says, “Do not quench the Spirit.”  That covers a lot.  Do not extinguish the inner flame.  “Do not despise the words of prophets, but test everything; hold fast to what is good; abstain from every form of evil” (vv. 20-22).  Listen to those who speak the word from God, but also test it.  Don’t be foolish; don’t just fall for anything.

Right in the center of our scripture reading are verses 23 and 24.  “May the God of peace himself sanctify you entirely; and may your spirit and soul and body be kept sound and blameless at the coming of our Lord Jesus Christ.  The one who calls you is faithful, and he will do this.”

“The God of peace”: why use that description?  There are plenty of other names of God to choose from.  And why pray that the God of peace will “sanctify you entirely”?

Today is Gaudete Sunday.  There’s some more Latin for you!  It means “rejoice.”  Today’s epistle reading begins with “Rejoice.”  The pink candle, which represents joy, comes from seeing Advent as a season of penitent reflection, preparing ourselves for the Lord.  The third Sunday means we’re almost there; let’s have a joyful pause.

Let’s go back to the question I asked earlier.  What does it mean to rejoice?  What if we don’t feel like rejoicing?  Remember, Paul and his friends had plenty of hardships.  Remember those stern Norwegians!  There’s a sense in which insisting on joy means holy and loving defiance.

How can we stay on that path of joy, prayer, and gratitude?  It happens by the grace of God through Christ in the Spirit of a loving, caring community.  (Or should I say: a rejoicing, praying, grateful community?)  Christian life, by definition, cannot be lived alone. 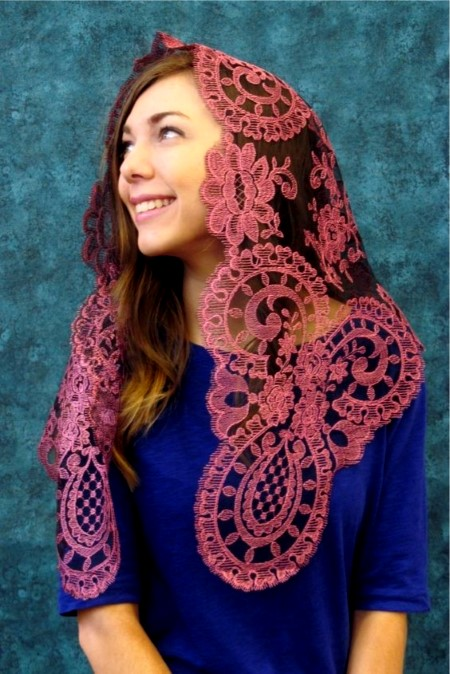