Home Wellspring
God, are you with us?
water bonding

“O God, we pray Thee for those who come after us, for our children, and the children of our friends, and for all the young lives that are marching up from the gates of birth…  We remember with a pang that these will live in the world we are making for them.  We are wasting the resources of the earth in our headlong greed, and they will suffer want…  We are poisoning the air of our land by our lies and our uncleanness, and they will breathe it.

“…Grant us grace to leave the earth fairer than we found it; to build upon it cities of God in which the cry of needless pain shall cease; and to put the yoke of Christ upon our business life that it may serve and not destroy…” 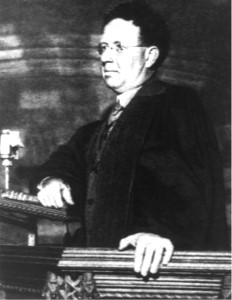 Those are words from a prayer by Walter Rauschenbusch; they date back to 1910—over a century ago.  They’re in a book published in 1917, Harry Emerson Fosdick’s The Meaning of Faith.[1]  It was published during what came to be known as “the Great War” and “the war to end all wars.”

Human knowledge and technology during the latter part of the nineteenth century had reached new heights.  However, as we might know all too well, knowledge and wisdom rarely progress at the same rate.  The so-called “civilized” nations were plunged into what Fosdick calls “the most terrific war men ever waged, when faith is sorely tried and deeply needed.”[2]

So far, the twenty-first century has amply demonstrated that lack of wisdom in dealing with conflict, at the international level and elsewhere.  To the unknowns of this unfolding century, the impulse to respond with fear is always present.  The future can be seen as a void, filled with darkness.  We have to be cautious of morbid or despairing outlooks that expect disaster and become a self-fulfilling prophecy.

It’s like the “law of attraction,” which can go under various names.  It’s the idea that whatever we project into the world, the universe, the ether, is what we attract.  I’m reminded of the verse in Titus which goes, “To the pure all things are pure, but to the corrupt and unbelieving nothing is pure” (1:15).

To this vision of darkness, we need something that’s light.  Literally.  Epiphany, which falls on Saturday this week, is all about light.  It’s all about the glory of God shining in Jesus Christ.  It’s all about the appearance, or manifestation, of Jesus to the Gentiles—to the world.  Our word, “epiphany,” comes from the Greek term επιφανεια (epiphaneia), which appears in several places, such as 2 Timothy 1:10, where we learn that “grace was given to us in Christ Jesus before the ages began, but it has now been revealed through the appearing [or through the epiphany] of our Savior Christ Jesus.”

Our gospel reading, the visit of the Magi, is the primary image of Epiphany.  The Magi were more than likely Zoroastrian priests, the ancient faith of Persia.  They’ve been called “wise men,” “kings,” “astrologers.”  But whatever you call them, they’re the first Gentiles in the Bible to see the Christ child.

They notice a star which they interpret to signify a special birth.  So off they go to Judea, asking questions about “the child who has been born king of the Jews” (v. 2). 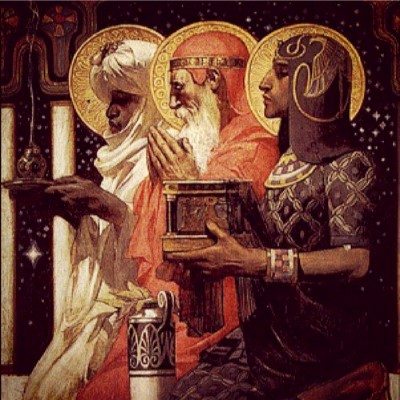 The guy currently claiming that title, Herod the Great, gets nervous when he hears about it.  (His campaign pledge was “vote for me, and I will bring you cruelty and paranoia.”)  Learning from the religious leaders the Messiah was to be born in Bethlehem, he wastes no time and sets up a secret meeting with the Magi.  Herod wants to know two things.  When did you first see the star?  Will you find the child and let me know where he is?  “After all, I want to pay my respects, too!”  (Wink, wink.)

The Magi, upon finding the young Jesus and offering their presents, have a dream telling them, “Don’t go back to Herod.”  So they leave for home, taking the bypass around Jerusalem!

Herod tries to stamp out the light that the Magi found.  Not simply a light in the sky, the light they found is the one who enlightens all of humanity.  The deeper we go into the epiphany of Jesus, the more wonders we find.

There’s another meaning to epiphany, which I imagine we know.  It has the sense of a sudden awareness of truth, a flash of understanding.  It’s when the light goes on.  Eureka!

I want to tell you a story.  It didn’t happen to me, but I think I can identify with John Artz, the one it happened to.  It’s the story of a personal epiphany.[3]

He says, “I suppose that most people never bother themselves with questions about the meaning of life.  I, on the other hand, can’t seem to think of much else.  One day as I was driving home, I filled the empty moments with musings about the possible meanings of life.  As the car bottomed in a dip and began to pounce over the next rise, I turned the wheel to the left and leaned into the turn to overcome the centrifugal force. 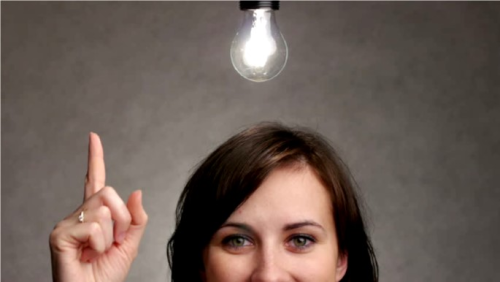 “Then it came to me in a flash.  There were four principles basic to all aspects of life.  These four principles could be combined in various ways to explain everything—why we are here, what we should do, why we are the way we are—every nagging question I had ever pondered.

“It was an epiphany.  It was one of those two or three seconds in your life when it all makes sense.  When you are one with wisdom and understanding.  When there is no more asking, only doing.  I raced through examples in my mind to come up with something that these four principles did not explain, but I could find nothing.

“‘Well,’ I thought. ‘I’d better write these down before I forget them.’  I had had moments of insight before and knew how quickly they could evaporate.  I steered with my left hand and rummaged through the glove box with the other, looking for something to write with.  I looked through every cubby hole in the car but there was no pen to be found.  I looked around and realized that I was just minutes from home and that I could preserve the insight by just repeating it to myself for a few minutes.  Once in the door, I would head to my desk and jot down these ideas before they decayed.

“I pulled into the garage, turned off the ignition, pulled up the emergency brake, left the car and headed for the door. 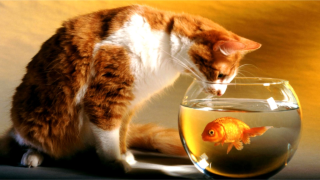 “When I opened the door, the kids were fighting over a [video] game.  The cat was tormenting the fish.  And my wife started rattling off a list of everyone who had called and left messages.  Then she asked me what I wanted for dinner.  I chased the cat away from the fishbowl, tried to negotiate a peaceful settlement between the kids, and then turned to my wife and said, ‘What are the choices?’

“By the time I got to my office only a few minutes had passed, but the inspiration had disappeared like a dream upon waking.  It left a residue of that feeling of understanding, but nothing to hang that understanding on.

For our friend, what were most important weren’t the particular ideas he came up with; it was the process itself.  It was the experience of having the light come on, of experiencing an epiphany.  Returning to the biblical understanding, what matters is experiencing the light—the glory—of God in Jesus Christ.  And when that happens, the principles, the insights, the vision—all of that comes with it.  We’re changed for the better.

Thinking again about the Magi, we know that they were warned in a dream not to return to Herod to report the location of Jesus.  Instead, as the scripture says, “they left for their own country by another road.”  I believe they did just that.  But I wonder if that statement isn’t true at another level.

These men had no idea what they would find when they set out on their journey.  The Magi were accustomed to associating with those in positions of power.  Surely the star they saw promised a change in regime, perhaps one who would bring even mighty Rome to its knees.

Who could know that the king of the Jews would turn out to be the humble child of a poor family—a family which soon found themselves fleeing their homeland, fearing their rulers, becoming refugees?  And who can say how meeting this family effected these wise men from the East?  Perhaps in leaving “for their own country by another road,” the Magi also were choosing another path in life. 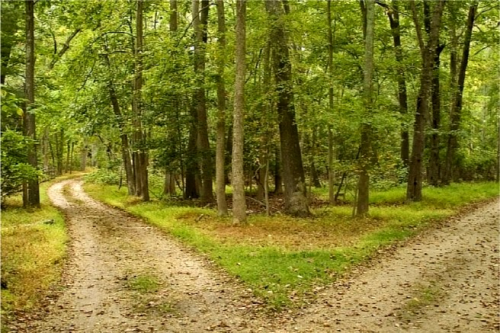 Epiphany reminds us that the light of Christ is for the entire world.  And it’s also an experience of light that’s deeper than the words we use to describe it.  Our words, our language, about God and Jesus and life in general give us a picture of reality.  We talk about things; we use names, but that’s not the same thing as actually meeting them, experiencing them.

The light sneaks up on us; it takes us unaware.  It’s such a joyful, shocking, unexpected source of grandeur.  The darkness of Fosdick’s warning loses its gloom.  Our poor, stumbling lives are radiantly exposed by something wondrous and holy.

When we encounter the humble, holy child, we are changed—and we’re challenged.  We see, by the light of the Epiphany of the Lord, our own lack of humility; we see our own arrogance.  But thanks be to God, into the darkness that wants to enshroud us, Jesus says, “Let there be light!”