God, are you with us? 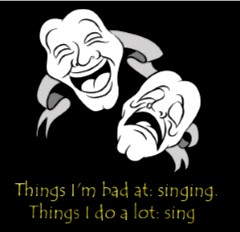 Singing is a big part of today’s Old Testament and gospel readings.  We might say it carries the tune in a measured call and response.  But before we sing the praises of our scriptural poets, allow me to refrain, promising we will return to their melodic message.

“Melodic” is not a bad way to describe Isaiah 52.  “How beautiful upon the mountains are the feet of the messenger who announces peace, who brings good news, who announces salvation, who says to Zion, ‘Your God reigns’” (v. 7).  We need to look at the background to see what kind of message this is.

This part of the book is talking about the exiles who were sent to Babylon.  They are now returning, in what’s been called “the second exodus.”  And just in case it’s not clear, the word “exile” does not mean going on vacation.  You do not consult a travel agent when forced relocation is in store.  These people have known more than their share of violence and war.

But the tide has turned.  There has been a reversal of fortunes.  The prophet proclaims, “Listen!  Your sentinels lift up their voices, together they sing for joy; for in plain sight they see the return of the Lord to Zion” (v. 8).  Their Lord is leading the way; their Lord is the vanguard.  And they need the Lord to go before them.  They need the strength and courage of the Lord, because they’re coming home to a real mess.  When the Babylonians invaded Jerusalem, they went hog wild.  They tore up the place, and worst of all, they destroyed the temple.  The folks who later moved into the city have no interest in rebuilding it.

Even so, anticipation and joy begin to appear.  “Break forth together into singing, you ruins of Jerusalem; for the Lord has comforted his people, he has redeemed Jerusalem” (v. 9).

Episcopal priest David Grant Smith says, “Even the ruins themselves are singing about this new day being heralded by their return!”[1]  Even destruction and chaos are transformed by God into something wonderful and beautiful—into a work of art. 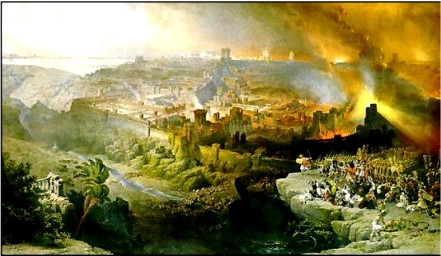 Dirk Lange speaks of death being overcome by song.  “This joy [and] singing arises out of great anxiety—a battle has been engaged, death is confronted.”[2]  And looking to this time of year, he adds, “as we enter the twelve days of Christmas we are immediately reminded of death on the day after Christmas and the martyrdom of Stephen and then, a few days, the remembrance of the Holy Innocents, the murder of children [ordered by Herod].  It is in the midst of death that a song arises, rejoicing in a promise.”

We can see the Babylonian exile as a time of God leaving the people, so to speak.  The exiles would say God is not “with us” or “for us.”  God is not Immanuel.  God is far away.  Now, everything has changed.  Immanuel, “God with us,” “God for us,” has arrived.  That’s what the joyful ruckus in Luke 2 is all about.

Having said that, those shepherds probably wouldn’t use the word “joyful” when the angel appears.  “Scared out of their minds” might be a better description.  So it’s no doubt for the best when after announcing the arrival of the Messiah, the angel and celestial companions get things going.  “Glory to God in the highest heaven, and on earth peace among those whom he favors!”—or “those of good will” (v. 14).

After our sheep-keeping colleagues have been properly reassured, they take off for Bethlehem to see what the angels were so excited about.  Upon seeing the holy family, with the promised one lying in a trough for barnyard animals, they are overcome with awe.  And then they leave, “glorifying and praising God for all they had heard and seen, as it had been told them” (v. 20).

Still, I wonder, what’s the deal with all this singing?

Karl Barth, one of the 20th century’s most noted theologians, weighed in on this.  And he was no nonsense! 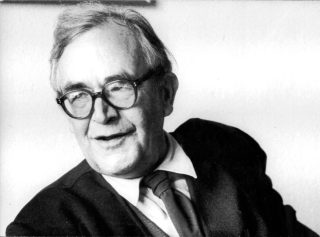 “The church which does not sing is not the church.” (Karl Barth)

As the old hymn goes: “My life flows on in endless song; above earth’s lamentation / I hear the sweet though far off hymn that hails a new creation: / Through all the tumult and the strife, I hear the music ringing; / It finds an echo in my soul—How can I keep from singing?”

But Barth isn’t through, yet.  “What we can and must say quite confidently is that the church which does not sing is not the church.  And where...it does not really sing but sighs and mumbles spasmodically, shamefacedly and with an ill grace, it can be at best only a troubled community which is not sure of its cause and of whose ministry and witness there can be no great expectation.”

How can we keep from singing?

Last week’s sermon was based on the epistle reading in 1 Thessalonians, which begins, “Rejoice always” (5:16).  I invited the singing with me of Andy Williams’ “The Most Wonderful Time of the Year.”  I don’t think he was referring to the time of year when we’re sleepwalking through the stores, or maybe fighting our way through the stores.  (I’m not sure how often it gets to the point of people literally throwing punches or whacking each other on the head with televisions.)

No, it’s the time of year in which, more than ever, we ask, “God, are you with us?”  Are you for us?  Have you brought Immanuel?

Christmas is indeed a time of elation, but as we saw with Stephen and the Holy Innocents, the twelve days of Christmas also have had built into them agony.

Our friend David asks, “What devastation in our own lives is God inviting to sing?”  Remember the ruins of Jerusalem.  How on earth can we plumb the depths of our sorrow and shame and bring that to God, so that something wonderful can emerge and even be celebrated?

If God is able to take human form as the babe of Bethlehem, how much easier is it for God to reclaim what we have lost?  Be it from ruins or renewal, we can ask, “God, are you with us?”  And we hear the reply, “Make a joyful noise!” 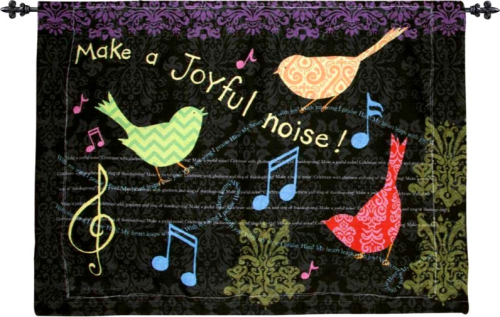