Home Wellspring
church as frenemy
when leaves give way to frost

“Midway along the journey of our life / I woke to find myself in a dark wood, / for I had wandered off from the straight path…

“How I entered there I cannot truly say, / I had become so sleepy at the moment / when I first strayed, leaving the path of truth.”

These are some of the opening lines of Dante’s Inferno.[1]  Its setting is the evening of Good Friday, in the year 1300.  Having been born in 1265, Dante writes himself into the story at the age of 35, which according to medieval and Biblical thinking, is half the human lifespan of 70 years.  So Dante realizes, in the midst of his life, he is lost in sin; he has wandered from the straight path. 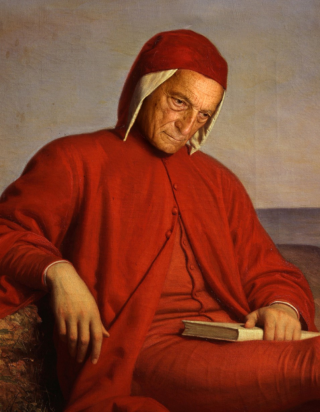 What’s worse, he doesn’t know how he wound up in that dark place.  As he says, “I had become so sleepy at the moment when I first strayed, leaving the path of truth.”  All he knows is that he, like a little child, is terrified at being lost in the deep forest.

This really is a picture of all of us.  Dante is clear to say, “Midway along the journey of our life,” not just “my life.”  We all, if we are to find our way out of the deep darkness of sin and evil, must wake up.  We have to arise from our slumber and learn how to live life.

I mention Dante’s Inferno because it reminds me of today’s Psalm, number one, which has the image of the two paths.  These are the two ways of the human race, the way of the righteous and the way of the wicked.  If Dante gives us the picture of a path to follow, the psalmist reminds us that we come to forks in the road.  We continually have to decide which way to go, which path to follow.

Something else about the first Psalm, possibly the most important thing, is it is the introduction to the book of Psalms.  It serves as an entrance into the world of praise and wisdom we find in the book.  This psalm sets us up for the journey of a lifetime!

And we should admit this journey isn’t quite as black-and-white as a quick reading of the psalm might suggest.  The difference between the righteous and the wicked isn’t always so easy to figure out.  Real life, as I think we all know, is more complicated.

Maybe you’ve heard the example of “is it ever okay to tell a lie?”  Imagine living in Nazi Germany, and you’re harboring Jewish neighbors in your attic.  When the officers come banging on your door and ask, “Are there any Jews inside?” should you lie to them?

It’s been said, “This most wisdom-like of the Psalms is not claiming that there are no shades of gray in our…walk of faith.  People are complex; life is not so simple.  Rather, this psalm strives to depict the two ways and their consequences for us…  At any one moment we find ourselves moving in one direction or the other, moving toward an ultimate destination.”[2]

So, what about these two paths, these two ways?  And what are the consequences of following each? 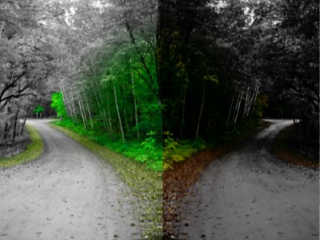 Here’s how the psalm begins: “Happy are those who do not follow the advice of the wicked, or take the path that sinners tread, or sit in the seat of scoffers.”  At the very beginning, we’re pictured within the idea of community and the idea of learning.  Who do we listen to?

The epistle of James also taps into the wisdom tradition.  It says, “Not many of you should become teachers, my brothers and sisters, for you know that we who teach will be judged with greater strictness” (3:1).  We have to pay attention to what we say, how we influence other people.  Why is that?  Because, as James reminds us, “all of us make many mistakes” (v. 2).

I like the way Eugene Peterson puts it in The Message: “And none of us is perfectly qualified.  We get it wrong nearly every time we open our mouths.”

But the psalm isn’t just about what we say; it’s about how we live: taking the path, sitting in the seat.  To “take the path that sinners tread” is about one’s daily walk.  In this case, it would be the opposite of walking with God.

To “sit in the seat of scoffers” doesn’t involve selecting furniture.  It’s not about going to Raymour and Flanigan.  It does involve siding with the cynics, who have an insincere attitude about life.  They don’t listen to sound wisdom.  If they do listen, they listen only to themselves.

In a country as divided as ours, that can be a problem.  Too often, we self-select the voices we listen to.  And isn’t it interesting?  It’s usually the voices we already agree with!  I find it fascinating (and depressing) how the exact same action—or the exact same statement—is presented, depending on whether it’s Fox News Channel reporting it or MSNBC.  It can feel like we’re living in parallel universes!

The psalmist suggests something else: delighting in the law of the Lord, meditating on it day and night (v. 2).

What do we meditate on?  What goes through our minds?  Maybe jingles from commercials?

Retired quarterback Peyton Manning has done a million ads, it seems.  But I’m thinking of one in particular.

We see him at practice, calling signals to start the play, “Sixty Omaha, set, hut.”

Cut to his kitchen at home, with his mouth watering, “Chicken parm, you taste so good.”

Finally, he’s on the couch, turning on the TV, just in time to hear a female voice proclaiming, “Nationwide is on your side.”

I have a hunch that jingle is not quite as beneficial and life-enhancing as meditating on the word of the Lord.

But what about the ones who do meditate on those life-enhancing matters?  How are they described?  “They are like trees planted by streams of water, which yield their fruit in its season, and their leaves do not wither.  In all that they do, they prosper” (v. 3).  We might say they live long and prosper.  The psalmist maybe does one better.  They live well and prosper.

Still, I like that phrase: “In all that they do, they prosper.”  In all that they do—that does seem a bit difficult to measure!  Perhaps it’s more a frame of reference, or an approach to life.  When we have that point of view, we can see prosperity where others do not.

But what about the others?  What about those who do not delight and meditate on God’s word and wisdom?  What about those who, unlike Dante, are fine with remaining lost in the deep, dark forest?  Verse 4 says they “are like chaff that the wind drives away.”  Their plans come to nothing.  They don’t try to align themselves with God; they don’t seek God in prayer.  They listen only to themselves.  (Like we saw before.)

What do the ways of prosperity and cynicism look like? 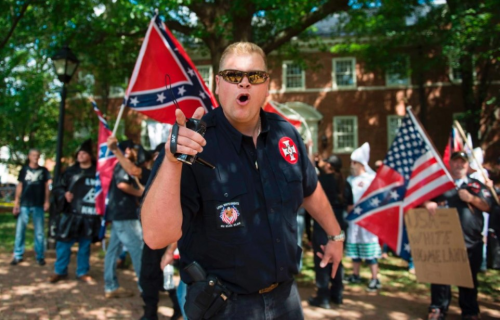 Recent events in Charlottesville give a stark vision of a cynical view of life.  The enduring legacy of America’s original sin of slavery continues to appear.  I think we can agree that neo-Nazis, the KKK, and white nationalists represent an over-the-top and cartoonishly violent philosophy.  They don’t present garden variety racism.

But I have to question myself.  How much of that is in me?  Growing up in America, how much of that has seeped into me?  No less a person than the apostle Paul lamented, “I do not understand my own actions.  For I do not do what I want, but I do the very thing I hate” (Ro 7:15).

Here’s another question I pose to myself.  In what ways do I benefit from white privilege?  Am I willing to admit it exists?  What does that look like?

Again, Paul says, “Wretched man that I am!  Who will rescue me from this body of death?  Thanks be to God through Jesus Christ our Lord!” (vv. 24-25).

Our psalmist presents us with a vision of what can be, and dare I say, what shall be!  It is the reality of life lived in God’s kingdom, which is already here, but not fully revealed.  It is the kingdom Jesus says “has come near,” the kingdom that “is at hand” (Mk 1:15).  The kingdom is revealed whenever we act as God would act.

The kingdom is revealed when we love someone enough to help them find the path they should travel.

Richard Rohr speaks about hope.  He speaks of a hope he has—a hope for us.  It’s a hope about living in the kingdom.

He says, “I hope you’ve met at least one ‘Kingdom person’ in your life”.[3]  His hope that we’ve met “at least one” such person suggests that it might be a rare occasion, or maybe that we too rarely allow those kingdom qualities to be seen in ourselves. 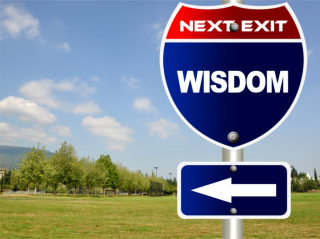 He goes on, “They are surrendered and trustful people.  You sense that their life is okay at the core.  They have given control to Another and are at peace, which paradoxically allows them to calmly be in control.  A Kingdom person lives for what matters, for life in its deepest and lasting sense.”

Maybe I can end my sermon on that note.  As the psalmist expresses his fond and confident hope that “the Lord watches over the way of the righteous,” so may the Lord watch over our way (v. 6).