Many, if not most, of you have heard me speak of my love of Star Trek.  Well, there’s another show, a cartoon, one which has been on the air since 1989, although I haven’t seen many episodes in quite a few years—The Simpsons.  I want to use it as an illustration of worship.

For those who’ve never seen the program (there might be a few of you out there), here’s a quick look at the Simpson family.  The father is Homer, an overweight, bald, not-very-intelligent fellow who just happens to be safety inspector at a nuclear power plant.  He loves beer and donuts, and his signature expression of alarm is “D’oh!”

The mother is Marge, a stay-at-home mom noted for a beehive style of blue hair.  The son is Bart, a ten-year-old whose name, it’s been observed, is a fitting anagram for “brat.”  The daughter, Lisa, is a socially conscious eight-year-old dreamer, artist, and saxophone player.  Then there’s little Maggie, who never speaks and usually has a pacifier stuck in her mouth.  Rounding out the cast is a multitude of other characters, residents of the town of Springfield. 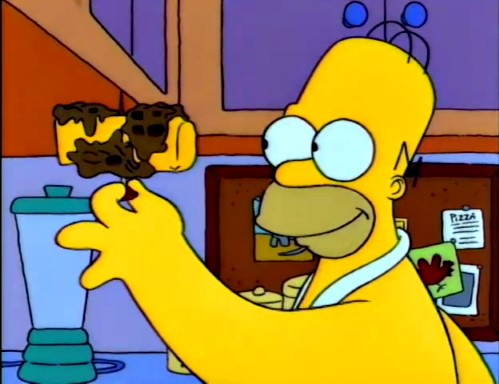 There’s one episode in particular I want to mention, “Homer the Heretic.”  In Mark Pinksy’s book, The Gospel According to the Simpsons, this is one of the episodes he focuses on.

On a bitterly cold Sunday morning, while the Simpsons are getting ready for church, Homer splits his pants and decides to stay at home.  So while the rest of the family deals with ice and snow, Homer takes a long, hot shower.  As it turns out, the church furnace is broken, so the congregation is shivering while the pastor, Rev. Lovejoy, preaches about the fires of hell, an image that brings a smile to Bart’s face.

By the time the service is over, the doors to the church have frozen shut.  So while Marge and the kids are stuck in a cold building, Homer’s in a warm house, dancing in his underwear, watching a football game, and using the waffle iron to cook his own fattening recipes.

Finally, when the family gets home, icy and irritated, Homer concludes that he’s possibly had the best day of his life, so it must be a sign that he should never again go to church.  Homer defends his reasoning to Marge by saying, “What if we picked the wrong religion?  Every week we’re just making God madder and madder.”[1]  In the end, Homer does return to church, assuming his usual posture on the front row, snoring during Rev. Lovejoy’s sermon.

I mention The Simpsons because Homer’s theories about worship are more common than we might think.  Actually, the idea that worship is meant to placate an angry deity goes back for millennia.

Increasingly common is the feeling that worship, at least, involvement in a worshiping community, isn’t very important—it’s not worth the trouble.  I know I felt that way as a teenager.  I even had a problem with the word “worship.”  It seemed like something that would only appeal to losers.

In his book, A Long Obedience in the Same Direction, Eugene Peterson reflects on “all the reasons people give for not going to church:

‘My mother made me when I was little.’

‘There are too many hypocrites in the church.’

“There was a time,” he says, “when I responded to such statements with simple arguments that exposed them as flimsy excuses.  Then I noticed that it didn’t make any difference.  If I showed the inadequacy of one excuse, three more would pop up in its place.  So I don’t respond anymore.  I listen…and go home and pray that person will one day find the one sufficient reason for going to church, which is God.  I go about my work hoping that what I do and say will be usable by the Holy Spirit to create in that person a determination to worship God in a Christian community.”[2] 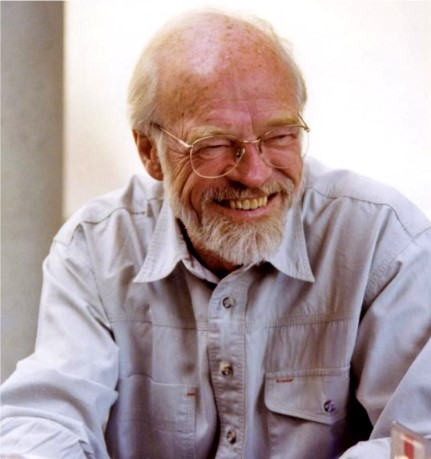 The reality is: we’re built for worship.  (We’ll hear that phrase again.)  From our own Presbyterian tradition, in the Westminster Shorter Catechism, we hear the often-quoted question and answer (with the masculine language.)  “Q. What is the chief end of man?  A. Man’s chief end is to glorify God, and to enjoy him forever.”

So much for my former theory that worship is for losers!  To be able to glorify God—to be able to enjoy God—that’s not the mark of a loser.  That’s why it’s so unfortunate when worship goes astray and we turn to idols, however they present themselves.

Most, if not all, of the psalms were used as songs.  They were the song book of the early church.  Many churches still sing them.  Even some Presbyterians!  Our hymnal has an entire section inspired by the psalms.  Reading (or singing) the psalms is a healthy practice for our spiritual life.  If we don’t immerse ourselves in them, even become familiar with them, we are impoverished.

The large majority of psalms have titles.  You can see them right before verse 1.  Psalms 120 to 134 have the title, “A Song of Ascents,” or words to that effect.  These Songs of Ascents are believed to have been sung by Hebrew pilgrims “ascending” to Jerusalem to celebrate the festivals.  They ascend because Jerusalem is geographically higher than the surroundings.

Eugene Peterson notes, “But the ascent was not only literal, it was also metaphor: the trip to Jerusalem acted out a life lived upward toward God.”[3]

He says Psalm 122 describes the nature of worship.  It “singles out three items: worship gives us a workable structure for life; worship nurtures our need to be in relationship with God; worship centers our attention on the decisions of God.”[4]  We could come up with some other stuff, but that’s not bad!

Using The Message, his paraphrase of the Bible, Peterson says verses 3 and 4 are about structure: “Jerusalem, well-built city, built as a place for worship!  The city to which the tribes ascend, all God’s tribes go up to worship.”  When the Hebrews gathered for the major festivals, it was for all the tribes, occupations, and social classes.  This is worship as quite literally a structure for life, a clear example of being built for worship! 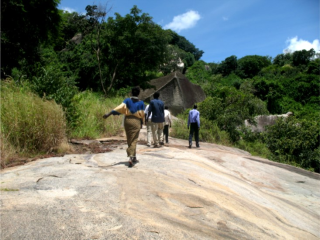 Another reason to worship is to foster our bond with God.  The second part of verse 4 reads, “To give thanks to the name of God—this is what it means to be Israel.”  This is about identity.  As the people of God, worship is part of our identity; it’s who we are.

Starting with verse 6, the psalm shows us how worship affects us, or at least, how it should affect us.  “Pray for the peace of Jerusalem.”  Unfortunately, that scripture is too often abused and taken out of context.  I’ve heard people say praying for the peace of Jerusalem basically means supporting one side or the other in conflict over the city—sometimes involving war.

We become what we worship.  Being built for worship, we all worship something, even if it’s something we’ve never bothered to examine—even if we’ve never thought about what we actually worship.  So if we truly worship the God of peace, we’re led to become people of peace.

Having said all of that, it is also true that “church people” often make church less than inviting.

It’s not unusual for congregations to lament the small number of youth and young families in worship.  The question is often asked, “How can we get them to come to church?”  A question we might ask ourselves is, “When was the last time we spoke to one of those young folks and asked them why don’t they come to church?”  If we’re able to do that without getting defensive—but actually wanting to hear from this person—then that goes a long way.

Thom Schultz, founder of Group Publishing, wrote an article coming at it from a different angle.  For those who don’t know, Group specializes in youth ministry.  He titled the article, “The Rise of the Dones.”[5]  He describes the “dones” as those who are done with church.

Schultz gives a case-in-point with a fellow named John.  Here’s how he describes him:

“John is every pastor’s dream member.  He’s a life-long believer, well-studied in the Bible, gives generously, and leads others passionately.

“But last year he dropped out of church.  He didn’t switch to the other church down the road.  He dropped out completely.  His departure wasn’t the result of an ugly encounter with a staff person or another member.  It wasn’t triggered by any single event.

Even though all of us are built for worship, there is that increasing group who feel worship and church are two different things.  And these aren’t people who constantly grumble and complain.  They aren’t people who are disruptive and who bully others.  Schultz says many of them are “among the most dedicated and active people in their congregations.”  So why are they leaving?

For many, church has become something to do, but not to be.  It becomes just another activity—and for some, a tiresome and even soul-crushing activity.

This is a wake-up call for all of us.  It is extremely important that we learn to listen; that’s a lesson I have to learn over and over.  It is important to listen to each other.  That’s a key part of learning to listen to God.  If we don’t listen, then our worship will be a performance and nothing more.  It won’t be that spiritual connection that gives life meaning. 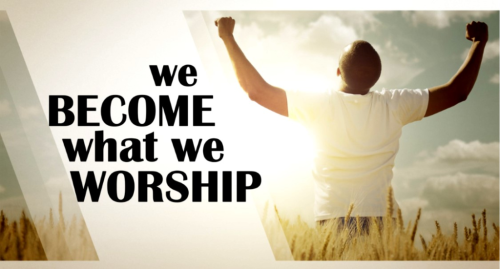 The author and speaker Phyllis Tickle, who died in 2015, once told Banu and me her prayer for us, and for those we minister with, is that church would be not a place to go, but a people to be.  That’s a vision we get from scriptures like Psalm 122.  It was true in ancient times, and it’s still true today.

With discoveries like that, we might even hear the words of verse 1 in a whole new way.  “When they said, ‘Let’s go to the house of God.”  When we think of going to the house of God, when we remember that we are built for worship, we might hear, “my heart leaped for joy”—not from the psalmist, but from such a one as Homer Simpson!

[1] Mark Pinsky, The Gospel According to the Simpsons (Louisville:  Westminster John Knox Press, 2001), 18.