Home Wellspring
the art of blessing
the state of the union, imho

what kind of father is that?

During the decade of the 90s, a term that became deeply entrenched in our political and cultural discussion was the phrase “family values.”  Many of the people who have been the strongest advocates of “family values” have held up, as examples of the model family, something that has largely disappeared in America: a husband and wife with no previous marriages, 2.5 kids, a dog, and a white picket fence. 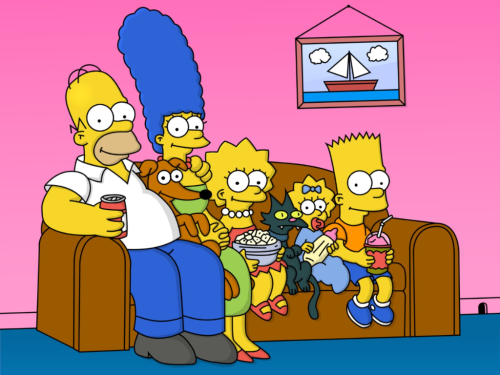 “Family values” is usually closely linked with one’s reading of “biblical values.”  The interesting thing about this is that actual biblical families are rarely mentioned as models.  Maybe that’s a good thing, though it isn’t very honest.  Those families tend to be too messy; they have too much conflict and dysfunction.  In that sense, they tend to look like American families!

A good case in point is the family in our Old Testament reading.  We’ve got all the ingredients necessary for some serious family therapy: jealousy, rivalry, power plays, squabbling over who’s the favored son, and feelings of betrayal.  I want to focus on the father, Abraham, because it is Father’s Day and because he is the one in the middle of the whole mess, a mess of which he appears unwilling or unable to seriously address.

To be honest, there are two qualities of this family that don’t exist in American life—at least not legally—polygamy and slavery!  Another aspect, surrogate, or substitute, motherhood, is usually performed in a way quite different from the method described in the Bible.  Most wives today wouldn’t suggest to their husbands that they have sex with another woman (indeed a much younger woman) in order to produce a child!

And by the way, if you have access to Hulu, check out the quite excellent TV series, The Handmaid’s Tale, which is based on Margaret Atwood’s novel from 1985.  (I admit, I haven’t read the book.)  The show illustrates with brutal honesty, what’s behind our story and a multitude of others like it. 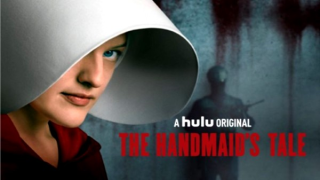 Today’s account really starts in chapter 16.  God has already promised Abraham he will father a son, which so far in life hasn’t happened.  (On a side note, that’s something else from The Handmaid’s Tale.  Failure to conceive was always due to a barren woman, not a sterile man.)  Still, the fact that by this time Sarah is past menopause, which would be a legitimate reason, presents a problem.

Abraham believes Eliezer of Damascus, a trusted servant, will be his heir.  But God assures him his heir will be his own offspring.  Knowing she’s no longer able to give birth, Sarah comes up with an idea.  She has a servant, a young Egyptian woman named Hagar, who is certainly able to produce a son.  So here’s the plan: following the custom of the day, Abraham is to take Hagar as his wife, and maybe she can have his baby.  The scripture doesn’t talk about Abraham’s response.  He doesn’t seem to offer much of an argument!

The son who’s the result of this union, Ishmael, is legally Abraham’s heir.  And the same custom that provides for a male heir provided by a surrogate also forbids the expulsion of the slave wife and her child.  That partly explains Abraham’s distress when Sarah demands he do that very thing.[1]

But even before Ishmael is born, some of that serious jealousy and rivalry I spoke of earlier has already begun.  In a society in which women are valued primarily for their ability to reproduce, as breeding stock, Hagar is empowered in a way Sarah, even with all her wealth, is not.

All three of them are driven by different forces.  Sarah feels a sense of desperation and outrage at her fate and probably at her husband.  Hagar, the one with the least amount of say, has been forced to share her bed with her elderly master and now faces the wrath of Sarah.  And Abraham is torn by his love for Sarah, his respect for custom, and the very real bond that now exists with Hagar.  When Sarah presents her complaint, he simply withdraws and says, “Your slave-girl is in your power; do to her as you please” (16:6).  In other words, “I don’t want to get involved; do whatever you want.”

Sarah proceeds to make life a living hell for her servant, and Hagar is expelled into the wilderness.  It’s there she encounters God and receives the promise that she, too, will produce offspring that “cannot be counted for multitude” (16:10).  This encounter is very important—Hagar is one of the few people in the entire Bible who gives God a name (El roi, “God of vision” or “God who sees,” 16:13).

Let’s jump ahead about fourteen years, to today’s scripture reading in chapter 21.  The Lord has told Abraham and Sarah she really will have a son, and he will be the true heir.  Isaac is born, and the rivalry between the two wives now involves their two sons.

Things reach a melting point at the feast celebrating the day Isaac was weaned, which can happen when the child is three years old or more.[2]  The party’s going fine until Sarah notices something that gets her really ticked off.  She sees, as the scripture puts it in verse 9, Ishmael “playing.”

What we have in verse 9 is a play on words, a pun.  The term for “playing” (מְעַחֶק, metsahaq) comes from the word meaning “laugh” (צָחַק, tsahaq), which is also the source of Isaac’s name (יִצְחָק, yitshaq).  The similarity in the words for “playing,” “laughing,” and “Isaac,” probably points to Sarah’s alarm at how similar Ishmael is to Isaac.  She knows he’s a threat to Isaac as the heir.  As a result, she takes decisive action.  She demands that Hagar and Ishmael be driven out, this time, for good.

I’ve taken some time talking about Hagar’s expulsion because it’s a turning point in the story of this family.  It also helps us understand Abraham.  As I said at the beginning, I especially want to focus on him, today being Father’s Day.

Still, Abraham is chosen by God to be a blessing to “all the families of the earth” (12:3).  It’s God, not Abraham, who has the responsibility of bringing this to pass.  Abraham’s responsibility is to follow where God leads.  And despite himself, he succeeds.  And to his credit, we shouldn’t forget Abraham didn’t exactly ask for all of this.  Leaving his homeland wasn’t at the top of his “to do” list. 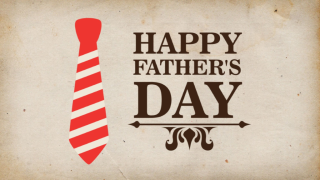 On Father’s Day we are encouraged to praise the glories of fatherhood, and that is fitting.  But there are others who go in the opposite direction and talk about how their dad was the biggest jerk who ever lived.  Thankfully, I’m not in that category!

What I will say is that my father is someone I know really loved me.  Having been adopted as a baby, I later came to understand all the hoops he and my mother had to jump through in order to get me.  I know I was truly wanted.

When I was young, we did all the usual father-son stuff: going fishing, throwing the football.  But as I approached adolescence, sometimes it seemed like we were on different planets.  (I realize, I was the only teenager who’s ever felt that way!)  For example, he might be explaining how to fix something, and I’d be looking at our dog and wondering what it would be like to think with her brain.

Something happened in 1985.  Within the span of one or two months, both my father and I came to Christ.  Our relationship had never been a bad one; it just hadn’t evolved very much.  We didn’t have many deep conversations.  But Jesus Christ changed that.  We felt free to open up to each other.  (At least, that’s how I perceived it.)  And I rediscovered something I had believed as a little kid: my dad was a pretty cool guy!

Just as it was faith that redeemed our relationship, so it’s faith that redeems Abraham.  He and his family provide ample proof that “family” can be quite creepy.  In fact, we can be quite vicious to each other.  I like commercials with the promise, “We treat you like family.”  I’m not sure that’s necessarily a good thing!  But by the grace of God, we can rise above that.

“What kind of father is that?”  All of us can ask that question of our own fathers.  Each has a different answer.  But regardless of our own particular cases, there is a Father we all share.

My dad (Jim) and I at my sister's apartment, Christmas 1987. Someone is under the mistletoe.

Our final hymn today is “This is My Father’s World.”  (I realize, this being Father’s Day, it is a bit “on the nose”!  Also, please forgive the masculine imagery for God.)

We might see many families, as well as our society itself, being plagued by vicious dysfunction.  The second stanza has something to say about that:

As the church, as our best selves, we’re called to rescue the image of God as Father.  So much violence has been done in that name.  But the God of Jesus Christ is the Father who loves, protects, liberates, enlightens, saves.  With joy and confidence, we can ask, “What kind of father is that?”

Good message! Liked how you shared your personal history of being adopted and you and your father came to Christ together which opened a new relationship between you two.