St. Lydia and her household are baptized in the reading from Acts 16.  Her feast day is August 3.  That just happens to be the date when I was baptized.  In fact, I still have the shirt I was wearing when I was baptized.  It was the upper half of some blue surgical scrubs.  It’s a bit raggedy now, and it has some green stains due to a summer job I had a few years later, painting machines for a factory. 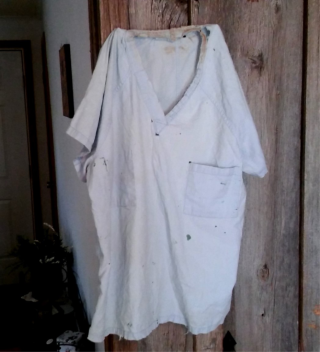 I begin with this talk about baptism, because the story of Lydia—her story of baptism and the change of heart and mind that goes with it—is a key moment in the early church.

Here’s why.  Earlier in chapter 16, the apostle Paul is in Asia Minor, where he has a vision in the night of a Macedonian man who says, “Come over to Macedonia and help us” (v. 9).  So Paul makes his first journey to Europe.  He and his friends go to Philippi, where they encounter Lydia and her friends.

After they part company with Lydia, Paul and his group meet a slave girl who we’re told can predict the future.  There is a spirit of divination within her.  The girl’s owners use her as a fortune teller, and the biggest fortune is the one they make off her!  After a few days of her pointing out that Paul and his friends are “slaves of the Most High God,” the apostle gets irritated and casts the spirit out of her (v. 17).

Seeing that their source of income has been cast to the winds, her owners grab Paul and his friend Silas, have them viciously beaten, and tossed into jail.  To make a long story short, that night there’s an earthquake which knocks all the doors loose, but Paul and Silas refuse to escape.

In the morning, the magistrates—the local Roman officials—find out that Paul and Silas are Roman citizens, and they have rights.  The order that they be arrested and beaten was an illegal one, so they want Paul and Silas to leave town quickly and quietly.  (This kind of stuff ruins careers!)  But Paul says, “Are you serious?  I’m not moving an inch until they come and apologize!”  That takes some guts.

After that, they still have one more stop to make.  They can’t take off without saying goodbye to Lydia.  So we come full circle back to this woman whose name has been preserved for us, and that’s a rarity with women in the Bible.

So who is Lydia?  The first thing we learn about her is that Paul meets her at “a place of prayer” on the sabbath (v. 13).  That would sound right, since we’re told she’s “a worshiper of God” (v. 14).  That’s a term used to describe the so-called “God-fearers.”  They were Gentiles who admired and followed the Jewish faith.  We’re also told she is “a dealer in purple cloth.”  That’s a lucrative trade, so she’s got to have some money. 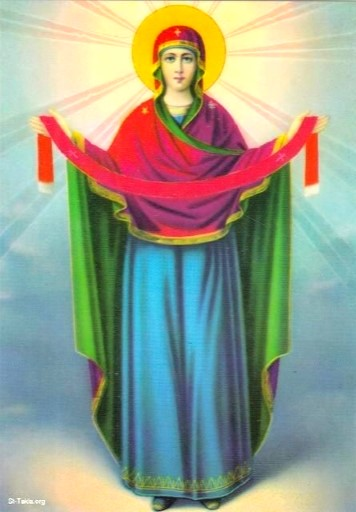 What’s so remarkable about this godly woman of means?  The scriptures say that the “Lord opened her heart to listen eagerly to what was said by Paul” (v. 14).  In his paraphrase called The Message, Eugene Peterson says, “As she listened with intensity to what was being said, the Master gave her a trusting heart—and she believed!”

What is the result of Lydia’s listening?  It’s her conversion.  In her essay, “Opening the Heart to Listen: Becoming Mystics and Prophets Today,” Judette Gallares says conversion “involves much more than a moment, it is a process which involves long periods of time…  It involves relationships that…are woven into [our] life story.”[1]

She uses Lydia’s conversion story to describe how all of us are called to be both mystics (those with a direct, loving experience of God) and prophets (those who address our society with the word from God, however that happens).  We might think of it as the inner and outer life.

Lydia does a very good job of this with her hospitality.  There’s more to that than serving tea and cookies!  “Part of the practice of hospitality during that time was to offer a safe haven for one’s guests, especially when there was an immediate possibility of real danger to them.”  Remember verse 40, when she welcomes Paul and his friends after they’re released from prison—on the condition that they get the heck out of Dodge?

It takes a certain depth of spirit, a certain willingness to listen, to demonstrate the courage that Lydia does.

Gallares puts it this way: “In today’s fragmented world, which [has] different levels and degrees of homelessness, our mystic spirit, our sense of ‘belonging to God’ must open us up to others and to the world, to offer ourselves, our communities and our planet earth as a hospitable place for humanity and the whole of God’s creation.”

We all experience homelessness to a degree, even if we’ve never been without physical shelter.  As humans, we often feel alienated; we feel like aliens, even to ourselves.  We feel like we’re in a foreign land.  We’re like Moses: I’ve been a stranger in a strange land! (Ex 2:22).  As Christians, the waters of baptism carry us to our homeland.

Gallares, like Lydia, is well aware of the risks involved.  Being from the third world (the Philippines)—as well as being a woman—she understands the dangers of violence and terrorism.  Still, she asks the question: “How can we listen with an open heart, willing to understand where the other is coming from?  This is the true spirit of hospitality.  It is not abrogated when there is danger or differences, but only at that moment proves itself to be genuine hospitality.” 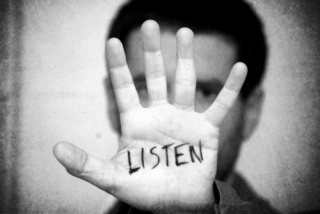 How can we imitate that Lydian listening here, in this church and in our community?  Remember, this involves being both mystic and prophet.  It involves finding that place within ourselves and within the community, the world around us.  It’s not either/or; it’s both/and.

Franciscan priest Richard Rohr, on this subject of listening, mentions what he calls “three gates” through which our words should pass.[2]

First, we have to ask ourselves, “Is what I’m saying really true?  If it’s not true, then, of course, don’t bother.”  The second gate has us ask, “Is it loving?  Am I about to say something that will build up life and trust, or will it tear them down?”  He says the third gate is “probably the most difficult,” and I agree!  “Is what I am about to say really that necessary?  If it’s not, why clutter up the moment with more words and more noise competing for space and attention?”

So to sum up: is it true; is it loving; and is it necessary?  Imagine how our private and public discourse would look, including the internet (including Facebook and Twitter), if we took those things to heart!

We see this modeled by our government and our mass media.  The pundits and experts sit at tables and begin debates which often turn into shouting matches.  They’re already thinking about what they want to say next.  Sometimes they are literally talking at the same time, and it can go on for a while.  I like it when they go to split screen and have two, three, four, or even more people all wanting to get their two cents’ worth in.

Do you remember the show The A-Team?  Mr. T played B. A. Baracus.  I don’t remember much about that show, but I do remember one of B. A.’s favorite lines: “Quit your jibba jabba!”  Using myself as an example, I’ve spewed more than my share of jibba jabba.  And shockingly enough, there is actually jibba jabba in the church! 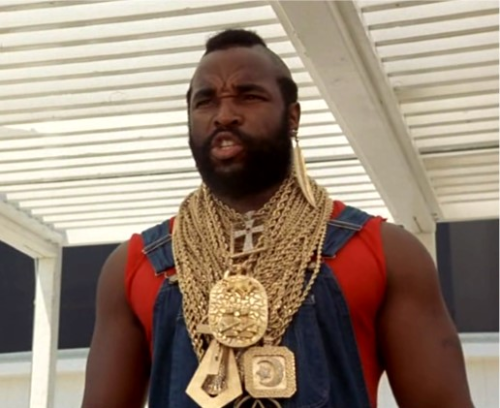 Again I ask, why is listening so important?  Why do we listen?

That involves more than keeping our traps shut while someone else is speaking.  There is that internal narrative, those words and images that run through our minds.  We especially notice them when we’re trying to silently pray or to meditate.  It’s best to not hang on to them or examine them, but to let them flow through us like leaves in the wind.  (It’s not easy, I’ll admit.  It takes a lot of practice.)

Imagine the reward when we take hold of that.  Look at the great gift Lydia gave to the early church—and to the world.  When we imitate Lydia’s listening, we also give a great gift to the world, to each other, and to ourselves.  However it happens, may we be open to the Spirit of Christ and listen.  Just listen.