Home Wellspring
the neutral zone (redux)
can conflict be a gift?

wish you would hear 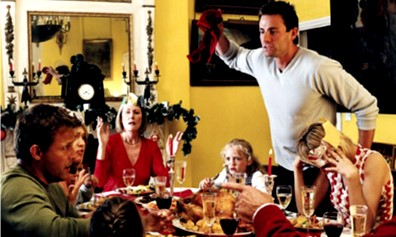 Maybe someone has had to go to a Thanksgiving dinner with that certain family member present who likes to air his or her annoying opinions.  It could be political or religious ideas.  Maybe it’s the one who makes inappropriate remarks.  Is there someone who chastises you on your life decisions?  “You know, if I were you…”  “I don’t want to be critical, but…”

Banu and I had a sort of exile last year.  Please understand, my mom had nothing to do with that!  I’m just talking about my wife and me!

We felt compelled to make the trip to Tennessee, largely to help with my mother’s health needs and some house repair.  In effect, we took a hiatus from the Presbyterian Church; we were sent from our “homeland.”  In our “exile,” we tried other options: among them, pursuing chaplaincy at an urban community center, substitute teaching, even ordination in the Episcopal Church.  In one way or another, the doors remained closed.

We realized that, for right then, we needed to settle down, at least as far as our direction in life was going.  Jeremiah says something like that in his letter to the exiles in Babylon (chapter 29).  They need to make a home for themselves there.  And in reality, our calling to ministry had not changed.  It was simply the venue, the location, the nature of it.

In time, Banu and I were called out of exile.  It came in the form of a certain congregation looking for interim pastors!

The text from Jeremiah deals with people who actually are in exile.  That relates to some stuff I’ve said since we came here.

On several occasions, I’ve spoken about people in transition, congregations in transition, especially as it relates to the interim process.  I did that last week, using a term referring to the middle part of transition, the neutral zone.  Being in the midst of that in-between state, we’re like a life form in a cocoon at a certain point of its development.  We are transitional goo!

The exiles taken from Judah, the Babylonian captivity, are an excellent example of people in transition.  They certainly didn’t choose this transition; this is transition, big time!  Or maybe there’s another way to look at it.

There is something that deals with change and transition.  It’s from William Bridges, the one who uses the term “neutral zone” (though not in the Star Trek sense).  His theory is that “change is an event.  Our experience of the change is transition.”[1]

The exiles definitely don’t choose this change.  They’re presented with some radically new events, whether they like it or not!  (Of course, I know none of us have ever had that experience.)

So they have this change.  The fact that it’s seriously dramatic, heartbreaking, and historic clearly make it more intense.  The question is how will they experience this change.  Their transition, if you go along with Bridges, can happen in many different ways.  They’ve been plopped down in the thick of it.  Now what?  That’s where the prophet Jeremiah steps in.

You might recall that Jeremiah has long been warning his fellow Judahites about the imminent threat of exile.  Well that day has come and gone, although we who are on the other side of history know that even more folks will be taking that road to Babylon.

Jeremiah 32 deals with the time the prophet bought some land while the country was being invaded—not the best time to purchase real estate!  Still, God promised him, “Houses and fields and vineyards shall again be bought in this land” (v. 15).  There will be people who return from exile.

And on this occasion, he’s writing a letter to the exiles.  Here is where he suggests the transition that can be their experience of change.

“The opening words of a pastoral letter sent to the exiles in Babylon: Get used to it; build a life in exile.  Adjust: build, plant, marry.  Create a communal infrastructure in exile.  Your task: seek the shalom (welfare) of the city…  The mission is not to overthrow a hostile regime, but to hold the regime to its own best promises.  The empire can practice shalom.  The exiled church [so to speak] can influence the empire.  Close your ears to liars who say we’re going back to normalcy.  Dismiss such illusions of escape.  Instead, make do, witness in your situation.”

We can see some themes here.  First, there’s Jeremiah in a pastoral role.  It might be hard to imagine that party-pooping prophet as a pastor, but he really does love the people.

Then there’s the instruction that they should stay put and build a life for themselves.  Don’t start guerrilla warfare!  Love your neighbor.  Invite them over for dinner.

And thirdly, they are reminded that they won’t simply be living there, but they also have a mission.  Their job is to witness—to testify!—that their God is still with them, even in the far away land of Babylon.

It’s possible to see Jeremiah’s letter in terms of developmental tasks for congregations in an interim period.  Typically, five tasks are mentioned.

Discovering a new identity can be really tricky.  There can be a fine line between holding on to what is still relevant and life-giving from the past and saying goodbye to what no longer is.  We learn from the exiles that in saying goodbye, there is loss to be grieved.

Our loss doesn’t begin to compare with that of the exiles, but there has been loss nonetheless.  There is a call for mourning.  Without acknowledging grief, without facilitating the process of mourning, we can hold on to what has already faded away.  Making room for grief is essential for spiritual, mental, and even physical health.

Sometimes it helps to just have a good cry! 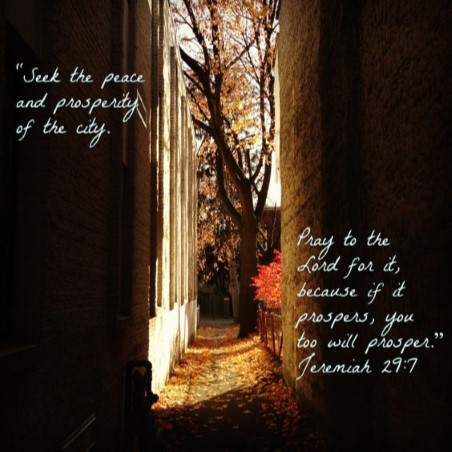 Jeremiah says God wants them to discover a new identity, to “seek the welfare of the city where I have sent you into exile, and pray to the Lord on its behalf, for in its welfare you will find your welfare” (v. 7).  This is how they need to witness.  Exercise some holy defiance (not ill-tempered defiance, mind you!).  Show those around you that you lovingly claim the future into which God is leading you.

Still, some will say this is not necessary.  Don’t believe it!  Don’t listen to that hogwash!  Don’t say goodbye to the past, go back in time and reclaim it.  Sometimes they might claim God told them to say this.

God says of them, “Do not let the prophets and the diviners who are among you deceive you, and do not listen to the dreams that they dream, for it is a lie that they are prophesying to you in my name; I did not send them, says the Lord” (vv. 8-9).

Jeremiah must be going crazy about this.  He must want to tell them not, “I wish you were here,” but “I wish you would hear.”

This business of rebuking false prophets is a bit extreme for our situation, but it can be difficult to take the step of discovering a new identity.  As I hope I made clear, there doesn’t have to be (and probably shouldn’t be) a sharp break with the past.  But the willingness to let go opens us to that new identity, God’s new name for us.  And that helps in our witness.  It helps to form and clarify our mission. 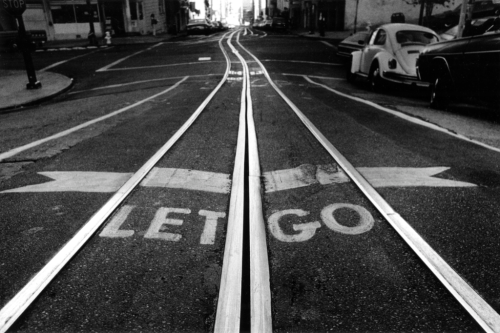 I like something Walter Brueggemann says about the exiles’ staying put, seeking the well-being of the place where they’ve been sent, and doing the difficult work on a new identity.  It all places on “this vulnerable, small community a large missional responsibility.  In this way, the community is invited into the larger public process of the empire.  [This] prevents the exilic community from withdrawing into its own safe…existence, and gives it work to do and responsibility for the larger community.”[3]

That’s a fancy way of saying that daring to ask ourselves, “Who do we want to be?”  “How do we adapt to our changing world?”  “Where is the Spirit leading us?”  All of that makes us vulnerable.  As with the exiles in Babylon, our mission reminds us to not withdraw into our own narrow concerns.  Don’t hunker down into a fortress or scarcity mentality.

Something that came out in a session on the interim process was about that very thing.  This congregation is, Banu and I believe, ahead of the curve in avoiding that fortress / build a wall / dig-out-a-moat-and-fill-it-with-alligators mentality.  One comment was “a current of receiving and giving” is evident here.

Keep that current flowing, and your mission will flow out of it.

Ending with verse 11 of our chapter, we see the promise to the exiles and to us.  “Surely I know the plans I have for you, says the Lord, plans for your welfare and not for harm, to give you a future with hope.”  That’s a rock solid guide during all of the interims and exiles of our lives.