Home Wellspring
do we have confirmation?
revisiting the visitor

have I got an investment for you!

I’m sure we’ve all had someone come to us and say (or maybe we’ve said to someone else), “I’ve got good news and bad news.  Which do you want to hear first?”  Is it the good news or the bad news?

On the other hand, those who want the bad news first might see the value of delayed gratification.  Getting the bad news out of the way, steeling oneself to weather the storm, seems to be a good way of getting ready for relief. 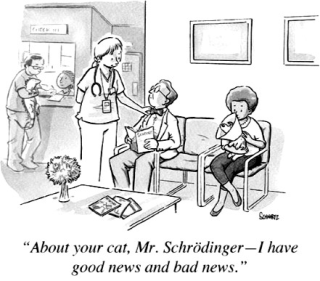 Of course, it also depends on what the other person considers to be good news and bad news!

Today’s Old Testament reading comes from the book of Jeremiah.  For those of you unfamiliar with it, that book has very few happy alternatives.  It has a lot of bad news!  The life of the prophet Jeremiah is filled with bad news.  Today’s passage has plenty of bad news.  But don’t worry, good news is on the way.  We’ll look at that in a few moments.

Here’s a quick look at Jeremiah and his world.

He lives in the late 7th century and early 6th century B.C.  (That’s the 600s to the 500s.)  The Babylonians are replacing the Assyrians as the superpower in the Middle East.  The northern kingdom of Israel has already been conquered by Assyria, but the southern kingdom of Judah, where Jeremiah lives, is still ripe for the picking.

Thanks to the call of God, which he tries to refuse, Jeremiah sees the writing on the wall.  The Babylonians are on the way.  So there’s some bad news.  He speaks against the corruption that has infected religious and political leadership alike. He does the prophetic job of afflicting the comfortable and comforting the afflicted.

And boy, does he pay for that.  He is mocked, made a laughing stock, physically abused, and even tossed in jail.  On more than one occasion, Jeremiah blames God for tricking him and betraying him.  It’s not for nothing that he’s been called “the weeping prophet.”

Jeremiah’s relationship with King Zedekiah can best be described as “complicated.”  (That sounds like a lot of romantic relationships!)  Unlike a previous king, Jehoiakim, who clearly hated the ground Jeremiah walked on, Zedekiah is torn.  He wants to listen to him, but he’s too afraid of what his enemies might do.  So he keeps going to Jeremiah, hoping he’ll change his tune.  “Come on, throw me a bone!  Tell me everything’s going to be fine!”  And Jeremiah would love to do that, but he can’t resist the call of God.

As a result, the prophet keeps on with the bad news: arming against the Babylonians is a no-win scenario.

I don’t know if she mentioned this to you, but Banu and I love vampires.  We love those bloodsuckers!  In fact, it was a TV show about vampires that helped bring us together in the first place.  It was the show Forever Knight, which was about a vampire police officer in Toronto.  We even like the Twilight movies, but my big complaint is that sunlight is supposed to burn vampires, not cause them to sparkle dreamily and take your breath away!

There’s a current TV show called The Strain, which is about people in New York City fighting an army of vampire-like creatures.  (It is not at all romantic!)  In the last episode, there was a quote that I think could easily be directed at Jeremiah.  The quote comes from a member of the city council to a reporter who is questioning police tactics.  People in jails are being gathered up and conscripted.  They’re being sent into the tunnels under the city to fight the vampires—and without a great deal of success, I might add.

Here’s what the council member says to the reporter: “Faith in the war effort is paramount.  And what you’re doing here undercuts all that.  Your work does nothing but serve your ego and cause me and my people more harm.”  After that, all of the equipment gets confiscated.

Obviously, the enemies Jeremiah warns about are not a horde of vampires!  But he is considered a traitor, and he is arrested for treason.  He’s said to be damaging the morale of the nation.  There seems to be a silent minority who agree with Jeremiah, but they’re too intimidated to speak out.  We’re only told about one person who publicly stands with Jeremiah, his secretary and friend, Baruch.  Zedekiah the king would like to release the prophet, but as I said earlier, he’s too scared.

In today’s scripture reading, he’s puzzled and terrified when he says to Jeremiah, “Why do you prophesy and say: Thus says the Lord: I am going to give this city into the hand of the king of Babylon, and he shall take it; King Zedekiah of Judah shall not escape out of the hands of the Chaldeans, but shall surely be given into the hands of the king of Babylon?” (vv. 3-4).

It’s while he’s in prison that God makes him a sales pitch.  “Have I got an investment for you!” 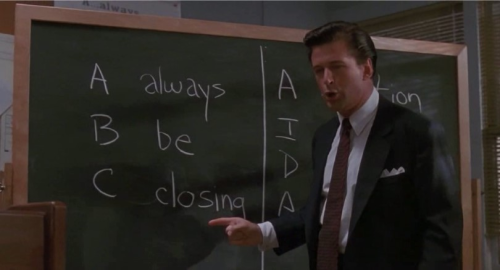 I’m sure those of you who’ve been involved in real estate have always conducted yourselves above board.  You wouldn’t stoop to shady practices that some realtors use as their business model.  There’s none of the conveniently forgetting some repairs that need to be made.

Jeremiah is told that his cousin, Hanamel, is on his way to visit him in jail, and he has a proposition.  “Buy my field that is at Anathoth, for the right of redemption by purchase is yours” (v. 7).  That “right of redemption” refers to Leviticus 25.  It’s a way to keep ownership of property within the family.

Put yourself in Jeremiah’s place.  He’s in jail for pronouncing national destruction, and then he gets this message.  Binyamin Lau says it must seem like “a surreal hallucination.”[1]  Am I hearing voices, and what are those voices telling me to do?

When your country is being invaded, when it’s a time of war, when people are being sent into exile, real estate prices tend to take a nosedive.  God had already warned him that his cousin was going to offer him land—land that Jeremiah had to know would be insanely overpriced.  Hanamel was about to make a killing off this sale!  And yet, he was compelled to make the purchase.

(By the way, Hanamel will have quite a story to tell at the next family reunion.)

God isn’t bound by what we consider to be immutable laws of economics.  Laws of supply and demand aren’t a high priority for God.

So while he’s going through the business of payment and signing deeds, Jeremiah must feel like he’s being a fool.  So there’s some more bad news.  But in verse 15, we get some good news.  “For thus says the Lord of hosts, the God of Israel: Houses and fields and vineyards shall again be bought in this land.”  There will be people who return from exile.

Even so, that’s not good enough for Jeremiah.  “Lord, I know you can do anything, but how in the world is this going to happen?”  The rest of chapter 32 is taken up with explanations.

Have we ever been in that situation?  Have we ever been given what feels like an albatross around the neck, and thought, what the heck am I going to do with this?  Why did I volunteer for this?  Or why did I let myself get drafted into this?  In life, so many decisions are beyond our control.  I think all of us understand that.  Jeremiah certainly does.

But like I just said, whatever “piece of land,” whatever call from God we’ve had to answer, can give us that feeling of the bottom dropping out.  We can feel like we’re left out on a limb.  There’s something in the pit of our stomach that’s doing somersaults.  And friends, that is bad news!

You might not realize it, but you’re sitting on a gold mine.  And I’m not just talking about bricks and mortar.  I’m not just talking about a piece of land.  That’s a discovery Jeremiah made.  When he bought that field from his cousin, it came with a promise from his God.  Houses and fields and vineyards shall again be bought in this land.  There are many layers of truth in that promise.  Still, unless Jeremiah takes that step of faith, he won’t be part of that good news.

On another occasion, when Jeremiah writes a letter to the exiles in Babylon, he reminds them of God’s word, in that “surely I know the plans I have for you, says the Lord, plans for your welfare and not for harm, to give you a future with hope” (29:11).  That’s a pledge we also can, and should, claim.

Australian pastor Bruce Prewer puts a question to us.  “Isn’t this a very good time to buy a block of Jeremiah’s land?”[2] 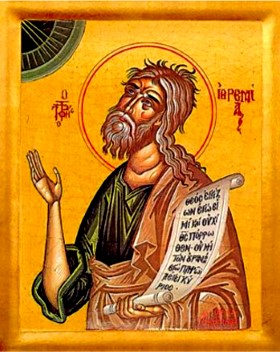 From the darkness of prison, God shows Jeremiah the light of the good news.  It’s right around the corner.  Prewer adds, “Jeremiah would not live to see the new day, but it was promised by a God whose word was never broken.”  Some people say that Jeremiah is the most Christ-like of the prophets.  Like Jesus, he doesn’t welcome all the suffering that’s dished out to him, but he holds true.

Friends, Jeremiah might not have seen that new day, but it is dawning upon us.  The field of the prophet is again up for sale.  God is again making the promise to us.  “Have I got an investment for you!”

Houses and fields and vineyards shall again be bought in this land.