Home Wellspring
empty hands
we’re not worthy! (are you sure?)

I want to begin with some quick stories about my own calling, about vocation.

Two of them go back to when I was in the Assemblies of God.  The first one involves my pastor.  He told me one time that if I could possibly avoid becoming a pastor, then I shouldn’t do it.  I thought to myself that’s some easy advice to take!  I had absolutely no intention of doing his job.  The idea of pastoral ministry was not at all appealing to me.

I still felt the same way when I went to the Assemblies of God Bible college.  I just wanted to study the Bible and learn some theology.  My second story comes from a conversation I had at that school.

One of my professors had an autistic son.  (By the way, it was his class on Jeremiah that helped sparked my love of the prophet!)  He contacted the denominational headquarters to see if they had something along the lines of Sunday school lessons or any material he could use with his son.  When they responded “no” to him, he took it pretty hard.

Now, he had graduated from the Presbyterian seminary near Atlanta.  His advice to me was that, if I ever sought ordination, I should do so with the Presbyterian Church.  Again, that was easy advice to take and reject, because I still didn’t give a fig about being a pastor.

The third story comes from when I was at seminary in Philadelphia.  Again, I still was not interested in being a pastor!  I was in a two-year program, the Master of Arts with an emphasis on Faith and Public Policy.  I liked the idea of a combination of spirituality and politics.  As the time for graduation approached, no doors for opportunity were open.  I was feeling a bit depressed.

One night, Banu and I were going to have dinner with some friends of hers.  On the way, I was telling her my sob story.  She suggested that I go into the Master of Divinity program, which is the one for pastors.  Suddenly, everything made sense.  Of course I had always wanted to be a pastor; I just didn’t want to admit it!

For someone who claimed that he was not at all interested in pastoral ministry, I was certainly taking deliberate steps in that direction.  God has a wonderful sense of humor.

If it seems that I resisted my calling, it’s nothing compared to what we see with Jeremiah.  He has been appointed a prophet, not only to his own people, but also “to the nations.”  The Lord tells him that this has been the plan since before he was even born (v. 5).

How does Jeremiah react?  Is he jumping for joy?  Does he say, “Sign me up!”?  Not exactly.  “I do not know how to speak, for I am only a boy.”  We’re reminded of Moses at the burning bush.  Moses tries to explain to God that he isn’t the right guy for the job, and he even provides a laundry list of excuses to make his case! (Ex 3-4).  Surprisingly, God isn’t convinced.

Still, the sense of inability—the feeling that we’ll just screw it up—when asked to do something for God can actually be a good thing.  Bruce Epperly says that, in the Bible, “one mark of an authentic prophet is a protest of inadequacy when she or he is called to speak [on] behalf of God.  People don’t run for prophetic leadership as they do for public office; they are called, often against their will, to speak on God’s behalf in challenging situations.”[1]

That sense of inability, of failure, might be a pretty good sign of “faithfulness and spiritual well-being.”  Author Madeleine L’Engle when asked, “‘Do you believe in God without any doubts?’ [is quoted as replying], ‘I believe in God with all of my doubts.’”[2]

Jeremiah lives at a time when the Babylonian hammer is about to fall on Judah.  People are nervous.  And at the same time, corruption and idolatry are everywhere.  As the prophet of the Lord, Jeremiah is given the task of opposing injustice—speaking truth to power.  As true prophets do, his job is to afflict the comfortable and to comfort the afflicted.

One of the things I really love about this book is Jeremiah’s brutal honesty about his calling and ministry.  In verse 8, we get a little taste of things to come when the Lord says to him, “Do not be afraid of them, for I am with you to deliver you.”  I like the way Eugene Peterson puts it in The Message: “I’ll tell you where to go and you’ll go there.  I’ll tell you what to say and you’ll say it.  Don’t be afraid of a soul.  I’ll be right there, looking after you” (vv. 7b-8).  I’ll be your teleprompter; stick to the script.

Jeremiah knows that trouble is in store for him.  It’s not for nothing that he has been called “the weeping prophet.” 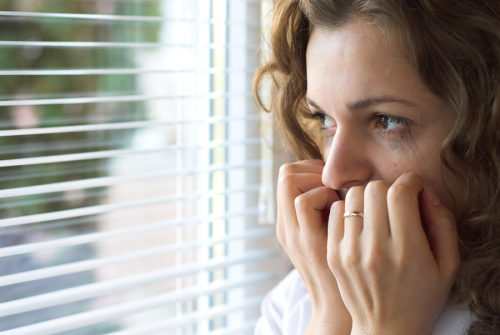 I think that hearing about Jeremiah and his struggles opens the door to questions we don’t often entertain.  What have been our own conflicts, our own struggles, in God’s call on our lives?  Have we been able to put it into words?  Do we understand what it means to be called?

Going back to what I said earlier about calling: at the most basic level, we are called to hear the word of God, however it comes to us, and to respond.  That response must be in love and clothed in prayer.  Jeremiah loves his people.  That’s one reason why it is so agonizing for him to say what he does.

Think of how different it is among us today.  Binyamin Lau speaks of this when he says that true prophets must indeed “love [their] people.  Even when the harshest reproach is called for, [prophets] must consider [themselves divine emissaries] whose role is to help redeem the people, not to stand aloof and condemn.”[3]  (Not to stay at a safe distance and lob hand grenades!)

He goes on with something I think we all see.  “Indeed, journalists today take on the role of moral and social critics, though more often than not their criticism is laced with the venom of loathing.  Criticism based on love, of the kind that distinguished Jeremiah, is not often found.”  I fear that I find myself too often playing that role.

Too often, I find myself lacking in imagination and love.  And what a good segue to my title!

In our Presbyterian Book of Order, there are questions posed to those being ordained and installed (W-4.4003).  This goes for ruling elders, deacons, or teaching elders (also known as ministers of the Word and Sacrament).  Among the questions are trusting in Jesus Christ as Savior, receiving the essential tenets of the Reformed faith, and promising to abide by our church’s polity.  My title points to the final one: “Will you pray for and seek to serve the people with energy, intelligence, imagination, and love?”

Will we pray for and seek to serve the people with energy—with desire and passion, and not in a lackluster way?

…with intelligence—with our best thinking, and not just going with the flow?  And then those last two:

…with imagination—with our creativity, and not being afraid to dream?

…with love—which sums everything up, everything that is good and faithful and, indeed, holy?

Will we serve lovingly as a privilege, and not grudgingly as a burden?  (Although to be honest, at times “lovingly” might not be foremost in our minds!)

As I suggested earlier, all of us are called, whether or not we’ve been ordained to a position within the church.  In the life of faith, each one of us is called by God.

As Christians honor and serve God in daily life, they worship God.

Bruce Prewer tells the story of a woman who cleaned city offices in downtown Melbourne.[4]  She worked long nights, with her shift ending at 7am.  She would be bone tired, exhausted, as she headed down the busy street to catch her train home.

“Although weary, she walked with a perky step, for she was one of those special people who believed she was called to [be] Christ’s cleaner in those offices where she spent the long hours of night.

“She knew herself as called by Jesus and she hoped she had done him proud.  As she encountered hordes of people [pouring out] from the station to start work, many of them impatient, sour and grumbling, she held her head high with a dignity only the God of Jesus Christ could bestow.  She cherished her vocation.”

This is a woman who knew she was called, and she answered her call with imagination and love. 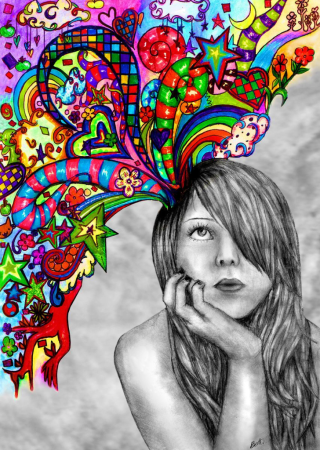 Sometimes we might get impatient.  We get impatient with this business of proceeding with a deliberate and intentional process.  We might not see the wisdom in it.  We might think it’s useless.  “What are we waiting for?  Let’s get on with finding our new pastor!”

Would it surprise you to realize we’re more like Jeremiah than we think?  We can chafe and grumble about our call.  Of course, the comparison with Jeremiah might be overstated a bit.  God probably doesn’t need to say, “I am with you to deliver you.  Don’t be afraid of a soul.  I’ll be right there, looking after you.”

Having said that, whether it’s impatience with the interim process as a congregation or our own individual calls, God is there.  Whether it’s our call as a community to move ahead in faith—or our very real concerns about reaching out to that certain person, about gut-wrenching decisions on health or employment, about knowing that there’s something we really don’t want to do—God is still there, looking after us.