Home Wellspring
the prodigal gospel
the art of Joban Friday

imitate me (not the dogs)

“The more things change, the more they stay the same.” That seems to be one of those universal truths, expressing the way life seems to remain in a state of flux. Things are always changing!

Actually, the fact that things continue to change is part of life itself. Whether we’re thinking about single-celled organisms that jitter and ooze around—or the larger creatures we call animals that are “animated”—by its very nature, life requires movement; it requires change.

Here’s where I trot out my scientific acumen. There is a technical term for something that never changes: it’s called “dead.” 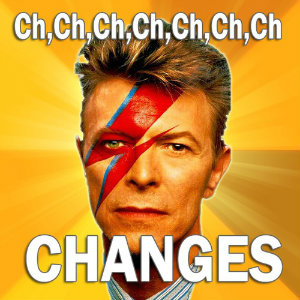 Congregations are living things. As a result, they also are constantly changing. Some see a difference between change and transition. “Change” is something that simply happens. Change is an event, whether we choose it or not. “Transition” is how we experience that change. We have very little say about whether or not we want change (that is, of course, if we want to remain alive!). Transition, though, is something we can control.

In Philippians 3, we see the apostle Paul trying to lead the people through the change that the gospel inevitably brings. It’s inescapable. In this particular case, it’s abandoning circumcision as a requirement for faith. That’s a good thing for more than one reason (including the fact that I squirm when thinking of circumcision!). A more important reason is that the practice excludes females. As Christians, our rite of entry into the church is the all-inclusive sacrament of baptism.

Whether people embrace change as transition in the new reality is another question. Will they come to terms with it? Will they change their practices?

In his book, When God Speaks Through Change, Craig Satterlee looks at congregations in interim, transitional times. He says that in-between times can seem “wasted and meaningless.” (Kindle edition, 1.5.2) But that need not be the case. He even uses extreme language. “Chaos,” he says, “is more hospitable to new ideas than are standardized methods and routines.” If we’re satisfied with old routines, we tend to shut out fresh perspectives, innovative points of view.

For Satterlee, we need to “resist the desire for certainty and closure. Congregations often try too quickly to ‘get back to normal’ when in reality there is no ‘normal’ to get back to.” (1.5.4) There is no “normal,” because due to change, we’re in a new environment, a new world. He adds, “Resisting people’s desire for certainty and closure is continuous.”

That might seem counter-intuitive. Certainty and closure are by no means bad things. But when speaking of moving through transition, they can lead to some big time foot dragging.

I’ll ask something that we always need to consider. What changes are we facing now? If we want to choose life, what transition do we need to follow? The season of Lent, with its focus on reflection and discernment, lends itself well to questions like that.

I began my sermon by setting the stage in a way different from the way the apostle Paul does it. If you notice my sermon title, you’ll get a sense of what I’m talking about. In verse 17 he says, “Brothers and sisters, join in imitating me, and observe those who live according to the example you have in us.” Imitate me, he says.

And on this business of “imitating me,” this isn’t the only place where he gives that particular bit of advice. He does it in 1 Corinthians chapters 4 and 11, where he qualifies it by saying, “Be imitators of me, as I am of Christ” (v. 1).

But if we go back to the beginning of the chapter, look at what he calls those who insist on circumcision. “Beware of the dogs, beware of the evil workers, beware of those who mutilate the flesh!” (v. 2). It sounds like the tagline for a horror movie!

A few years ago, Arthur Paul Boers wrote a book on troublesome behavior in the church. He gave his book the title, Never Call Them Jerks. I wonder what Paul would make of that.

Nevertheless, his heart is in the right place. At the end of our passage, Paul addresses his “brothers and sisters, whom I love and long for, my joy and crown, stand firm in the Lord in this way, my beloved” (4:1).

So yes: St. Paul doesn’t always use diplomatic language. In fact, he can be quite salty. In verse 8, he says he regards “everything as loss because of the surpassing value of knowing Christ Jesus my Lord. For his sake I have suffered the loss of all things, and I regard them as rubbish.”

The Greek word translated as “rubbish” (skúbala) refers to something a bit more odorous than that. In his paraphrase of the Bible, The Message, Eugene Peterson says, “Compared to the high privilege of knowing Christ Jesus as my Master, firsthand, everything I once thought I had going for me is insignificant—dog dung.” And that’s being euphemistic!

Is there anything we might think of as skúbala, something we know it’s time to, say, bag and dispose of?

Still, we should be mindful that what Paul now rejects isn’t necessarily something bad, in and of itself. Think of food that, when fresh or newly cooked, is very tasty. But after a while, it begins to turn. It’s no longer nutritious, leading to health and life; it actually becomes poisonous, leading to sickness and death.

With the often intense language Paul uses, it can be easy to forget that. He speaks of those who “live as enemies of the cross of Christ” (v. 18). These aren’t necessarily people bent on acts of terrorism! In verse 19, we hear this: “Their end is destruction; their god is the belly; and their glory is in their shame; their minds are set on earthly things.”

They are on a path that doesn’t lead to fullness of life. They follow their own appetites first—which sadly, is a very easy trap for all of us. They’re proud of stuff which should make them ashamed. They don’t allow their vision to be lifted up; they run from challenges. As I hope I’m making clear, these “dogs” aren’t necessarily bad people. Sometimes, they are just stuck. They need the Holy Spirit to get them unstuck.

There’s a Lenten Bible study, Toward the Sunrise, that poses the question, “Is it sometimes fear of failure that stops us from doing something, or can it also be the fear of what we might discover?” (3) That can apply to many things, including change, which can be pretty daunting. As I suggested earlier, there can be a tendency to dig in our heels and resist transition.

The study looks ahead a couple of weeks to Easter. In Luke’s version, when the women visit the empty tomb, two men in blazing garments ask the question, “Why do you look for the living among the dead?” (4) (By the way, there’s that technical scientific term I started out with!)

What about us? Do we look for the living among the dead? Are there structures, practices, ways of organizing, that once upon a time, served very well, but no longer function that way? Is there anything of which we can say, “They don’t lend themselves to the flow of the Holy Spirit they once used to”?

In my early twenties, I was a member of the Assemblies of God. Among the Pentecostals, I heard on occasion that “the Holy Spirit is a gentleman.” That’s not a reference to gender, although it’s not very helpful that it’s presented with masculine language! No, it means God does not coerce us into anything, including the transition that accompanies change. Even though we might feel the Spirit stirring within us, a tugging at our heart, so to speak, we still have a choice. We can still say no. God is love, and God does not force us to do anything. God is gentle.

In fact, if we feel shoved, overly pressured, that might be a red flag. That also goes for your interim pastors. We are here to offer guidance, not compulsion. We share observations, celebrate wonderful achievements, and perhaps note things that might require a second look (or even a first look).

But thank the Lord; we don’t take on this interim project all by ourselves. And by “ourselves,” I’m also speaking of the larger community and the presbytery.

So, as we revisit the questions I mentioned earlier, “What changes are we facing now?” and “What transition do we need?” we can be assured that we’re not alone in that.

God is doing and will continue to do a new thing. God is moving us calmly and steadily to places where we will experience new ways of being with God.

That’s what the community of Christ is about. That applies to us, regardless of our age or station in life. While we draw breath, we are called into that adventure which is the imitation of Christ. And that, brothers and sisters, beloved, is how we stand firm in the Lord.