A month ago, Banu and I returned to New York after spending a year with my mother in Tennessee. Before that, we were serving as interim pastors. But realizing that my mom had some health concerns—and that her house had some needed repairs—we decided that it was time to head south!

After eighteen years in parish ministry, and never taking a sabbatical, after a while, we started to think of our time there as a quasi-sabbatical. (Not really a sabbatical, since living with one’s mother probably doesn’t qualify. But we made the best of it!)

As it was dawning on us that we would be making the move, we were working on some ideas. We had some plans for this next chapter in our lives. And just between you and me, I thought they were some pretty good plans.

On the matter of plans, that brings up a passage from the book of Isaiah. (That segue isn’t the smoothest, but it will make sense!)

This has long been one of my favorite scriptures in the entire Bible. This part of the book is from the time of the exile in Babylon, and the prophet is speaking words of comfort to the people. To say they’ve been through the wringer is a massive understatement. To have your home invaded by a foreign army, and then to be forcibly relocated hundreds of miles away—that’s some pretty serious stuff. But that is what’s in the background.

He reminds them of God’s overflowing abundance as he brings the message. In verse 2 he asks, “Why do you spend your money for that which is not bread and your labor for that which does not satisfy? Listen carefully to me, and eat what is good, and delight yourselves in rich food.” Friends, you’re invited to a feast.

A moment ago, I said that these are words of comfort. The prophet isn’t browbeating the people by telling them their ways don’t match up with God’s ways. God doesn’t have thunderbolts in hand, itching for target practice! This really is a note of encouragement.

Look at what’s going on right before that, in verses 6 and 7. “Seek the LORD while he may be found, call upon him while he is near” (v. 6). The wicked will find mercy; the unrighteous will find pardon. “Wicked.” “Unrighteous.” That’s pretty extreme language! How often do we picture ourselves in those ways? Other people, who knows? (Still, this idea of repentance explains why this is read during Lent. Forgiveness from God, and from each other, is always good news!)

Still, however that works out for you, the fact that God’s plans aren’t your plans turns out to be a plus.

Here’s an interesting side of that. The very fact that God’s ways and thoughts are not our ways gives us the freedom to be wrong. And that’s okay; that’s a good thing! We are not automatons, mindless robots. We have choices to make. And guess what? That fits nicely with where you are as a congregation. 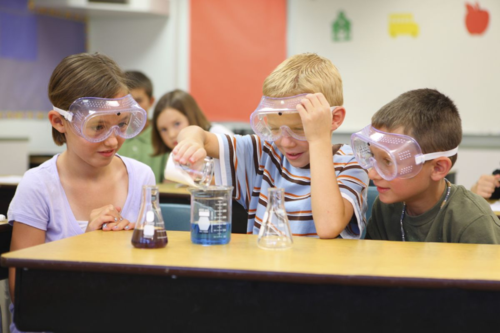 Not having everything charted out might seem to be a bit daunting, kind of intimidating. Still, there’s no reason to be afraid; this interim time is a gift. (It’s also true that some people are better with uncertainty than others.) As I just said, this is a time for experiments. Think of yourselves as running a series of beta tests. You’re coming up with gadgets and techniques and seeing if you can work the bugs out.

Sometimes you can’t do it; all you have is a bunch of bugs! So what do you do? Toss that one out, and try something else, at least for right now.

We can think of the Babylonian exile as a sort of interim time. After the end of exile, in the years after, a new faith was beginning to take shape. With the temple destroyed, a religion centered on sacrifice wouldn’t work. An evolution was needed. What began to appear was something centered on the word of God, the faith called Judaism. We can see ways in which the people of Israel were quite literally forced to mature.

Having said that, I don’t think interim time needs to be as grueling and painful as exile in Babylon!

Here’s a quick review of the three pictures I’ve drawn. The first one was our past year in Tennessee. It was an interim time for us. The idea of a career change even presented itself. But the Lord had other ideas! We have a new and rejuvenated vision of serving Christ and the church.

The next image comes from the Bible, Israel in exile. They were forced to re-evaluate where they were, both geographically and spiritually. Their thoughts were not God’s thoughts. It was a grueling process with many casualties, but what emerged on the other side were broadened horizons, which eventually encompassed the entire planet. And which, by the way, laid the foundations for the church.

The third image is us in this time and place. Again, you also are in interim time. Actually, when you think about it, we are always in interim, transitional time. We’re always called to re-evaluate, reflect, and repent (which means to do a 180, to turn around).

The intentional interim process requires faith to find the way forward. Almost always, faith gives just enough light for the next step. Faith moves us through the darkness. Faith in Christ sheds the light we need to walk in the dark.