My wife and I arrived in New York at the end of January, after spending the previous year in Tennessee. When I attended the first presbytery meeting since coming back, I mentioned to some people that it really didn’t seem like a year had gone by.

There’s the saying that “time heals all wounds.” I’m not sure how true that is—we need God’s grace to open our hearts—but some healing did occur. Still, the need for healing was a rather insignificant part of a warm reception. 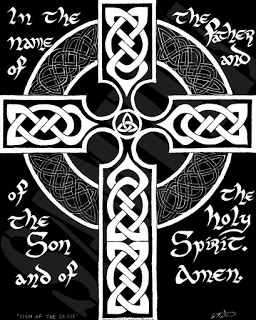 As I said recently, I picked up some things during the past year while worshipping with Episcopalians. One is making the sign of the cross. I never thought that it would become part of who I am! I still feel a bit self-conscious about it, but I also feel like something is missing within me if I fail to do it at certain times. That was true during worship at the presbytery meeting. Making the sign of the cross is something I’ve done while sitting in the pew and coming up for the Eucharist. What happens when I’m again leading worship? Would it appear to be an affectation? (I suppose this hand-wringing goes with being an introvert. I’m not sure.)

By the way, I also worshipped with the Lutherans this past year. I like them, too! (The first time I ever attended church with a congregation that actually observed the First Sunday of Advent, it was a Lutheran church in Florida. There was also an infant baptism—the first time I had ever seen that done!)

So, we begin again. The year closes, the year opens.

I’ll end with a collect for Sundays in the Book of Common Prayer:

“Lord God, whose Son our Savior Jesus Christ triumphed over the powers of death and prepared for us our place in the new Jerusalem: Grant that we, who have this day given thanks for his resurrection, may praise you in that City of which he is the light, and where he lives and reigns for ever and ever.”