I have a special affinity for St. Lydia. Her feast day is on August 3rd, which was the date of my baptism! We find the story of her conversion and baptism in the book of Acts chapter 16:

“We set sail from Troas and took a straight course to Samothrace, the following day to Neapolis, and from there to Philippi, which is a leading city of the district of Macedonia and a Roman colony. We remained in this city for some days. On the sabbath day we went outside the gate by the river, where we supposed there was a place of prayer; and we sat down and spoke to the women who had gathered there. A certain woman named Lydia, a worshiper of God, was listening to us; she was from the city of Thyatira and a dealer in purple cloth. The Lord opened her heart to listen eagerly to what was said by Paul. When she and her household were baptized, she urged us, saying, ‘If you have judged me to be faithful to the Lord, come and stay at my home.’ And she prevailed upon us.”

The story of Lydia is a key moment in the early church. Earlier in chapter 16, the apostle Paul is in Asia Minor, where he has a vision in the night of a Macedonian man who says, “Come over to Macedonia and help us” (v. 9). So Paul makes his first journey to Europe. He and his friends go to Philippi, where they encounter Lydia and her friends.  After they part company with Lydia, Paul and his group meet a slave girl who we’re told can predict the future. There is a spirit of divination within her. The girl’s owners use her as a fortune teller, and the biggest fortune is the one they make off her! After a few days of her pointing out that Paul and his friends are “slaves of the Most High God,” the apostle gets irritated and casts the spirit out of her (v. 17).

Seeing that their source of income has been cast to the winds, her owners grab Paul and his friend Silas, stir up the crowd to beat them, and have them tossed into jail. To make a long story short, that night there’s an earthquake which knocks all the doors loose, but Paul and Silas refuse to escape. In the morning, the magistrates—the local Roman officials—find out that they have illegally ordered the arrest and beating of Roman citizens. Relatively few residents of the empire are citizens. And they do have certain rights. The magistrates want Paul and Silas to get out of town quickly and quietly.

But Paul says, “Are you serious? I’m not moving an inch until they come and apologize in front of everyone!” It’s only then that they agree to leave. But they still have one more stop to make. Before taking off, who do they insist on seeing? Lydia—and the young church that is now meeting in her home. So we come full circle back to this woman whose name has been preserved for us. (That’s a rarity with women in the Bible.)

So who is Lydia? The first thing we learn about her is that Paul meets her at “a place of prayer” on the sabbath (v. 13). That would sound right, since we’re told she’s “a worshiper of God” (v. 14). That’s a term used to describe the so-called “God-fearers.” They were Gentiles who admired the Jewish faith and followed it as best they could. We’re also told she is “a dealer in purple cloth.” That’s a lucrative trade, so she must have some money.

So what’s so remarkable about this godly woman of means? While we’re finding out who she is, we also find out what’s happening with her. She “was listening to us” and that the “Lord opened her heart to listen eagerly to what was said by Paul.” There’s a theme of listening.

True conversion is an ongoing conversion. In her essay, “Opening the Heart to Listen: Becoming Mystics and Prophets Today,” Judette Gallares says conversion “involves much more than a moment, it is a process which involves long periods of time…  It involves relationships that…are woven into [our] life story.”

She uses Lydia’s conversion story to describe how all of us are called to be both mystics (those with a direct, loving experience of God) and prophets (those who address our world with the word from God). We might think of it as the inner and outer life.

Lydia does a very good job of this with her hospitality. There’s more to that than serving tea and cookies! “Part of the practice of hospitality during that time was to offer a safe haven for one’s guests, especially when there was an immediate possibility of real danger to them.” In Acts 16:40, Lydia welcomes Paul and his friends after they’re released from prison.

It takes a certain depth of spirit, a certain willingness to listen, to demonstrate the courage that Lydia finds. Gallares frames hospitality in these terms: “In today’s fragmented world, which [has] different levels and degrees of homelessness, our mystic spirit, our sense of ‘belonging to God’ must open us up to others and to the world, to offer ourselves, our communities and our planet earth as a hospitable place for humanity and the whole of God’s creation.”

We all experience homelessness to a degree, even if we’ve never been without physical shelter. As humans, we often feel alienated; we feel like aliens, even to ourselves. We feel like we’re in a foreign land. We’re like Moses: I’ve been a stranger in a strange land! (Ex 2:22).

As Christians, the waters of baptism carry us to our homeland. Gallares, like Lydia, is well aware of the risks involved. Being from the third world (the Philippines)—as well as being a woman—she understands the dangers of violence and terrorism. Still, she asks the question: “How can we listen with an open heart, willing to understand where the other is coming from? This is the true spirit of hospitality. It is not [removed] when there is danger or differences, but only at that moment proves itself to be genuine hospitality.”

How can we imitate that Lydian listening in the Church? 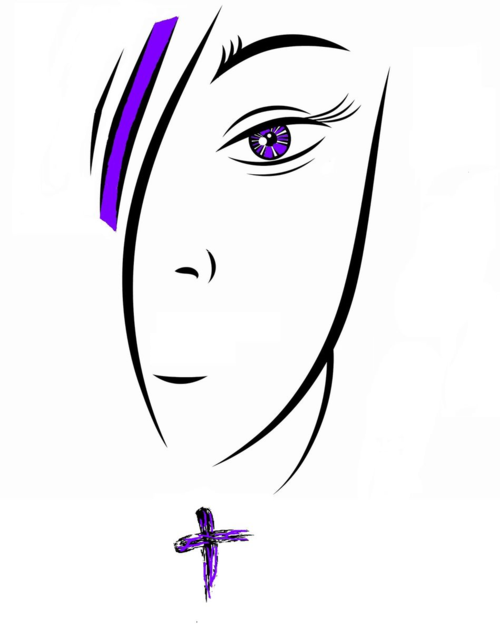 It involves being both mystic and prophet. It involves finding that place within ourselves and within the community, the world around us. It’s not either/or; it’s both/and.

One time I had a quite curious dream. Or to be more precise, it was in that in-between land where you’re just about to go to sleep, but it feels like a dream. Anyway, I seemed to be aware of what I was talking about a moment ago: why we listen. I imagined that I was living on the surface of life, like floating on water, and that I needed to go deeper. I’m reminded of something Thomas Merton wrote in the 1950s. It’s in his book, The Sign of Jonas, which was a journal he kept during his first years after moving to the monastery in Kentucky.

Praying to God, he laments the noisiness he finds within himself. One might say that he recognizes his own living on the surface of life and his need to go deeper. “You have made my soul for Your peace and Your silence,” he says, “but it is lacerated by the noise of my activity and my desires. My mind is crucified all day by its own hunger for experience, for ideas, for satisfaction. And I do not possess my house in silence…

“I am content that these pages show me to be what I am—noisy, full of the racket of my imperfections and passions, and the wide open wounds left by my sins. Full of my own emptiness. Yet, ruined as my house is, You live there!” (47)

Ruined as the house that all of us are, God lives there.

Hearing these words coming from a monk lets me know: I am not alone in my noise and refusal to listen. Many times in our culture, politics, religious discourse we see the refusal to listen—people talking at each other, but not with each other. As a consequence, people get hurt. It looks like people will continue to be hurt.

Using myself as an example, I can be so darn convinced that I’m right that I wind up doing some pretty terrible things. So, again I ask, why is listening so important? Why do we listen?

As oblates of St. Benedict, Banu and I pay special attention to how he begins his Rule:

“Listen carefully, my child, to my instructions, and attend to them with the ear of your heart. This is advice from one who loves you; welcome it, and faithfully put it into practice. The labor of obedience will bring you back to God from whom you had drifted through the sloth of disobedience. This message of mine is for you, then, if you are ready to give up your own will, once and for all, and armed with the strong and noble weapons of obedience to do battle for Jesus, the Christ.”

Listen carefully, my child, to my instructions, and attend to them with the ear of your heart.