must we sing the song of Lamech? 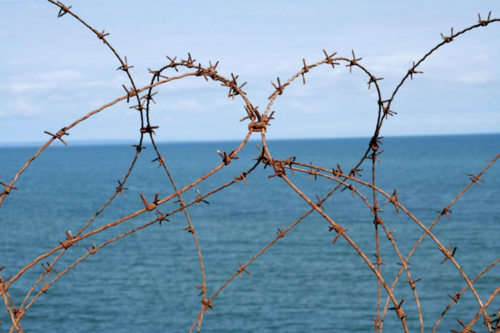 Our Bible study will be taking on the parable of the unforgiving servant in Matthew 18:23-35.  It’s quite a colorful story!  It features a king releasing a slave from his debt, that slave then grabbing his fellow indebted slave by the throat, and last but not least, God being pictured as a vengeful torturer.
(Of course, the amount owed by the slave to the king, ten thousand talents, should clue us in that the details of the story are fantastically exaggerated.  One denarius was the usual wage for a day’s labor.  With one talent equaling ten thousand denarii, ten thousand talents would equal one hundred million days of labor!)
The parable is introduced by Peter’s question to Jesus regarding how often he should forgive a brother or sister (vv. 21-22).  “As many as seven times?” he asks.  Jesus responds, “Not seven times, but, I tell you, seventy-seven times.”
I’ll avoid the temptation to go off on a tangent about our embrace of hateful, unforgiving practices and policies.  Often quoted in justifying those practices and policies is the principle of “eye for eye, tooth for tooth.”  This is the lex talionis, the “law of retaliation” (Exodus 21:23-25, Leviticus 24:19-20, Deuteronomy 19:21).  However, this wasn’t intended as a command to commit violence; it was meant to limit violence.  It was designed to keep blood feuds from spiraling out of control.
An example of vengeance gone wild is shown in the song of Lamech (Genesis 4:23-24).  We see that “Lamech said to his wives:  ‘Adah and Zillah, hear my voice; you wives of Lamech, listen to what I say:  I have killed a man for wounding me, a young man for striking me.  If Cain is avenged sevenfold, truly Lamech seventy-sevenfold.’”
Seventy-seven.  Why is that number familiar?  Jesus quite deliberately turns the song of Lamech on its head.  In so doing, he turns plenty of our practices and policies on their head.  Can we think of ways in which we want revenge?  Can we think of ways in which we hold grudges?