From the earliest times, in the dim recesses of the past, the quest for fire characterized the emergence of Homo Sapiens (and likely other proto-human species, such as the Neanderthals).  Fire provides two desirable qualities:  light and heat. 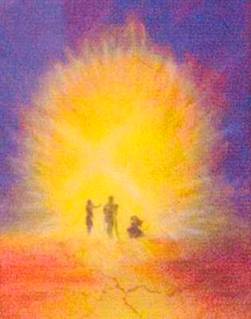 Today is all about the fire of light and heat.  Today we celebrate the Transfiguration of the Lord.  (The Revised Common Lectionary places it on the Sunday right before Lent.  It serves as the transition from Epiphany, when Jesus is revealed to the world, and Lent, when the road of discipleship is revealed.)  But today is the traditional date for its observation.

On the mountaintop, the fire of the light of God is seen shining in the face of Christ.  Peter, James, and John are blinded by the glory.

Today also marks the anniversary of the bombing of Hiroshima, one of the worst crimes in human history.  (As an added obscenity, the first atomic bomb test was nicknamed “Trinity.”)  The fire of heat burned the residents of a large city.  (Three days later, the residents of Nagasaki also felt the heat.) 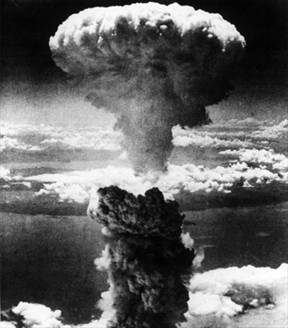 Out of the horror, the fire of Hiroshima has been transfigured into the light of peace.  The Hiroshima Peace Memorial bears testimony that war does not have the final word.  The transfigured one, the Prince of Peace, takes the cold darkness of our world and transforms it with the fire of warm radiance.