Home Wellspring
this Samaritan is a good one
wealth as God

“I followed all the rules” 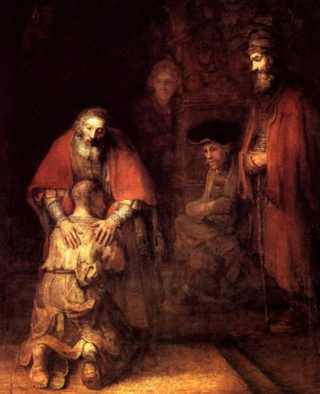 In the parable of the prodigal son (Luke 15:11-32), the story takes a sharp turn at verse 25:  “Now his elder son was in the field; and when he came and approached the house, he heard music and dancing.”  The older son finds out that his younger brother has returned home, after wasting his share of the inheritance.  His father not only is welcoming him, but he’s throwing a big party.  The older brother feels horribly slighted, because he has never been disobedient.

There’s a scene in the movie Legends of the Fall (1994) that reminds me of their relationship.  Very briefly, the movie is about the retired Colonel Ludlow (played by Anthony Hopkins) and his three sons, who live in early twentieth century Montana.  At various times, all of the sons are in love with Susannah (played by Julia Ormond).  The youngest, Samuel, dies in World War 1.  The oldest, Alfred (Aidan Quinn) and his surviving brother, Tristan (Brad Pitt), vie for her affections.  Susannah is heartbroken when Tristan refuses to commit to her, and instead, decides to travel the world.  After she dies by her own hand, at her gravesite, Alfred says to Tristan, “I followed all the rules, man’s and God’s.  And you, you followed none of them.  And they all loved you more.  Samuel, Father, and my…even my own wife.”
In a parable in which the older brother is usually painted as a jerk, I find that it’s important to humanize all of the characters.
(The image is Rembrandt’s The Return of the Prodigal Son.)