enemy in the mirror 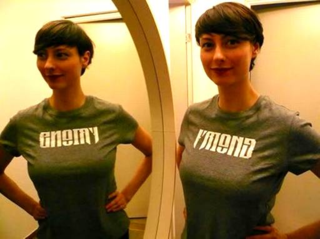 One of the problems with “Living in a World We Broke”—which is Beth Tanner’s chapter featuring Psalm 51—is that we have to ask some hard questions.  In this chapter of her book, The Psalms for Today, she says that “the focus will be on prayers when the enemy is us.  If those who hurt and cause pain live in our community, then it is just a matter of time until the enemy becomes ourselves.” (70)

I can see why some people would reject such a notion.  Just because my neighbor, or my fellow church member, or my fellow American, does wrong, why am I implicated?
If the idea is that we are equally blameworthy due to the wrong that others in our group have committed, then I would disagree with that.  Ultimately, we each make our own decisions.  Still, we also have to admit that we have benefited from the crimes of others in our group.  To use an often-cited example, Americans today benefit from the forced dislocation of the native nations who were here before the Europeans arrived.
To bring it closer to home, there is a sense of being our brother’s and sister’s keeper—even when they do wrong.  There is a sense of the interconnectedness of all beings.