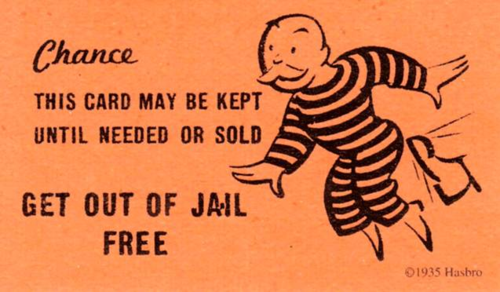 In chapter 2 of 2 Corinthians, Paul deals with the response of the church to an unnamed offender.  In 1 Corinthians 5, there was the case of the man in a sexual relationship with his stepmother.  Paul was angry because the church said nothing about it; they seemed okay with it.  Some people believe that Paul is now dealing with the aftermath of the discipline that the church imposed.
Still, verse 5 suggests that a different situation may be in view.  He says that “if anyone has caused pain, he has caused it not to me, but to some extent—not to exaggerate it—to all of you.”  It’s entirely probable that an individual in Corinth has been attacking the apostle, for whatever reason.  Again, it’s not simply the possible slander that Paul is upset about.  (He’s a big boy; he can handle it!)  He’s upset due to the effect on the community.  His response, a letter of reprimand, is one in which he wrote “out of much distress and anguish of heart and with many tears” (v. 4).
It seems that the church got the message—and now has gone overboard in its punishment!  Paul urges them to show mercy and to offer restoration.  He stresses the need of forgiveness, “so that,” as he puts it, “we may not be outwitted by Satan; for we are not ignorant of his designs” (v. 11).
Are there people we are slow to forgive?  Do we harbor desires for continued retribution?  Can we see ways in which that serves evil? 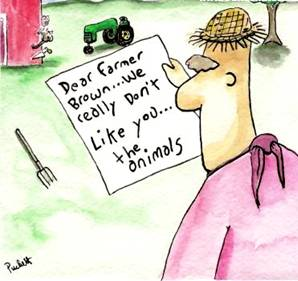 Lent is now behind us for another year.  We suspended our Bible study of Corinthian correspondence for a few weeks in order to look at Terry Hershey’s book, Sacred Necessities.  Now it’s time to take up 2 Corinthians.  We will see evidence of the bitter factions, divisive teaching, and hurt feelings that characterize the church in Corinth.  (In that regard, I think it’s something we all can relate to!)
One of the charges laid against the apostle Paul is that he was “vacillating” by delaying his return visit to them (1:17).  It’s claimed that he has been waffling in his decision making.  At some point in the interim, he issued a harsh letter to the church.  Still, Paul insists that he has always had their best interests at heart.  Returning too soon would have done more damage than good.  Considering the situation there, he’s probably right.
Still, in our world of email, instant messaging, social networking—not to mention the spoken word—it’s all the more important to consider what impact our words will have before we unleash them. 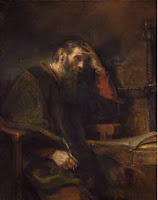 We just finished studying the book of Revelation. (We decided now and forever what all those strange images mean!) Now we will look at 1 and 2 Corinthians.

I realize that this isn’t terribly interesting to a lot of people. Don’t worry, some juicy stuff is coming up. For example, there’s the case of the man in a sexual relationship with his stepmother—and the Corinthian church seems to be cool with it!

(The image is Rembrandt’s The Apostle Paul.)